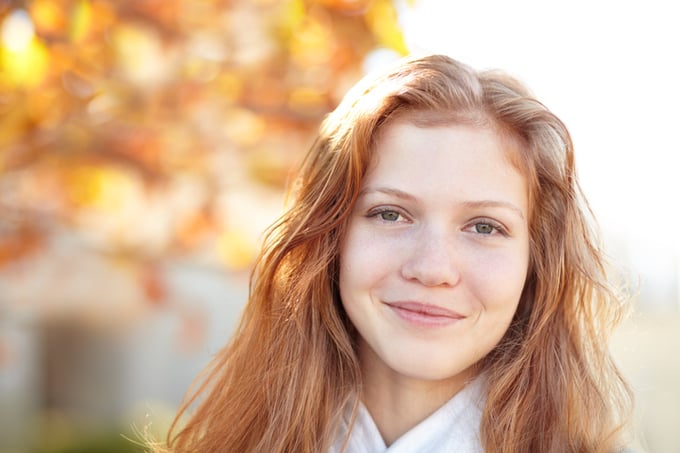 A study has revealed strong evidence that involuntary eye movement could be a sign of Attention Deficit Hyperactivity Disorder (ADHD). It has also reinforced what we’ve known for a long time: If kids can control their eye movements, it will improve their attention span.

ADHD and vision problems often result in similar symptoms. We'll get to that in a bit. Before we do, let's look at this study on eye movement and ADHD, as detailed on the American Optometric Association’s website.

The 2014 study came from Tel Aviv University in Israel, where researchers monitored the eye movements of two groups of adults. The first group had been diagnosed with ADHD. The second had not, and served as the control.

The first group took an ADHD diagnostic test called Test of the Variables of Attention (TOVA). They took the test twice: once without medication, and once while medicated with methylphenidate, a drug used to treat ADHD.

An eye-tracking system was used to monitor the participants’ eye movements. After observing participants take the test, researchers found “a direct correlation between ADHD and the inability to control eye movement in the anticipation of visual stimuli.”

What’s encouraging about this study is that it provides conclusive evidence that eye movements are an important part of the picture.

“Optometry has always stated that eye movements are linked to reduced attention, which in turn can be misdiagnosed as ADHD," says Glen Steele, OD, Professor, Pediatric Service at Southern College of Optometry and former Fellow at the American Academy of Optometry.

The results of the study described above are also relevant to people who have functional vision problems, which can actually resemble ADHD. Functional vision is about more than seeing 20/20 on a vision chart. It’s a set of learned and developed skills that a person uses to gather and process visual information. 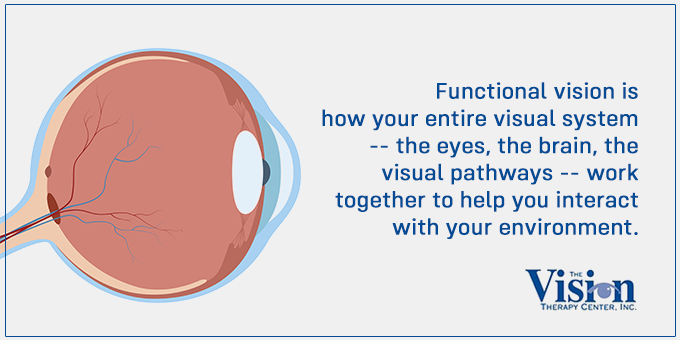 More specifically, functional vision is how your entire visual system—the eyes, the brain, the visual pathways—works together to help you interact with your environment.

Eye movement control is a functional vision skill that includes your eyes’ ability to:

What’s especially important about eye movement control is that it’s a foundational functional vision skill upon which other crucial vision skills are built, including:

Eye teaming. This is when the eyes align to focus on the same point and work together in a coordinated and precise way. Good eye teaming allows for effective depth perception and vision that’s efficient, single, and comfortable. 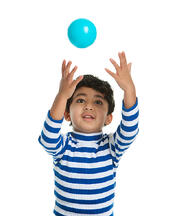 We’ve always recommended that parents schedule a Functional Vision Test whenever ADHD is suspected. Because the symptoms are so similar, parents should consider optometric vision therapy as a treatment before embarking on any type of medication.

So how would optometric vision therapy treatment work? Here is the typical process:

Diagnose the problem.  We need to first diagnose the specific vision problem that is affecting the child. Through a Functional Vision Test, a developmental optometrist can isolate the likely causes of the vision issue.

For such therapy, a developmental optometrist would set up a series of activities and exercises designed to improve the function of the entire visual system—the eyes, the brain, and the visual pathways.

As described above, the eye movements mentioned in the study are just one part of the entire visual system, though they do play a foundational role.

Conduct optometric vision therapy. This involves a series of in-office visits and home therapy sessions. A patient performs the prescribed activities and the developmental optometrist monitors progress and adjusts the program as needed.

Optometric vision therapy helps people improve their visual skills. In the instances of ADHD, it may help patients correct the eye movements that may be contributing to the condition.

Every case is different. In some instances, controlling eye movement may be all that’s required to reduce ADHD-like symptoms.

On the other hand, if the difficulty with attention persists, medication may be warranted.

But start with optometric vision therapy first. It may be the only treatment you’ll need.