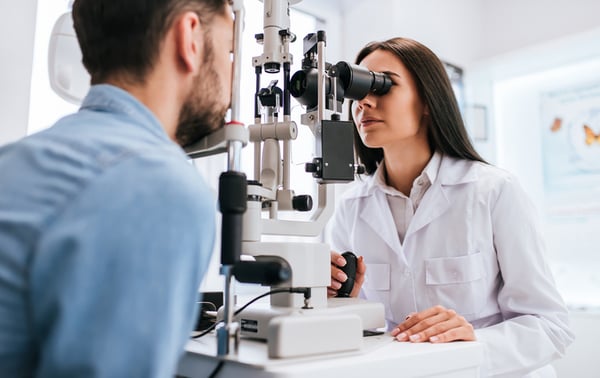 Convergence insufficiency is a relatively unknown vision problem that affects up to 8.3% of kids and the prevalence is likely similar in adults. Even with such a high rate of occurrence, optometrists have not always been able to detect the most common types of CI -- until now.For Dr. Brandon Begotka, the watershed moment occurred in 2016, when a surprising new patient came to The Vision Therapy Center.

Luca Jankowski was a 9-year-old boy who was having problems reading, and he was struggling in school.  His mother, Dr. Amy Jankowski, is an optometrist herself, and had tested Luca. He had 20/20 vision, and passed a basic binocular exam.  But he continued to struggle.

Dr. Jankowski knew she was missing something.  So like any good primary care doctor, she reached out to a specialist.

When Luca was struggling, Dr. Jankowski had a feeling it might be a vision problem, even though her son had passed the tests she had administered. 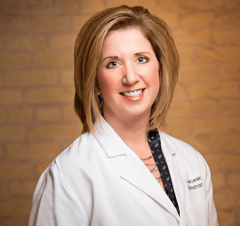 Dr. Jankowski is a primary care optometrist at Metro Eye. For years, she had been referring patients with “functional vision problems” to The Vision Therapy Center.

Functional vision involves the entire visual system, and visual skills including eye movement, eye tracking and eye focus. How all these visual skills work together affect things like your depth perception, or your ability to track words along a line of text.

Developmental optometrists, such as the doctors at The Vision Therapy Center, have received additional training and use specialized equipment to detect and treat functional vision problems.  Many of these fall outside the realm of care for primary ODs like Dr. Jankowski.

But Luca’s case would prove to be different.

Over 70,000 Potential Cases in Milwaukee and Madison Alone

Dr. Jankowski took Luca to The Vision Therapy Center, where he was diagnosed with “Convergence Insufficiency.”

Convergence insufficiency is a problem with eye teaming that primarily affects a person’s performance on tasks within arm’s length. In order to view objects that are close to you, your eyes have to move in towards your nose, or converge.

Luca subsequently received treatment from The Vision Therapy Center, and has dramatically improved.  (Check out his success story here.)

But the story doesn’t end there. 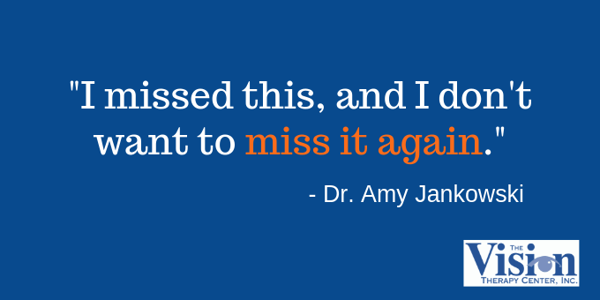 Dr. Jankowski was upset that she had not detected the convergence insufficiency.  “I missed this, and I don’t want to miss it again,” she told the doctors at The Vision Therapy Center.  “You have to teach me how to test for it.”

With CI occuring in 8.3% of children and adults, Dr. Jankowski knew that other optometrists might be missing the diagnosis as well.

Let’s not underestimate just how much of the population is represented by 8.3%.  If you consider the population of the cities of Milwaukee and Madison, that’s just over 70,000 potential cases.


“Even if all those cases were diagnosed, there is no way we could treat all of them at our office,” said Dr. Begotka, a developmental optometrist.

Dr. Jankowski and The Vision Therapy Center team wondered if there was a way to help primary ODs diagnose and even potentially treat patients with CI. 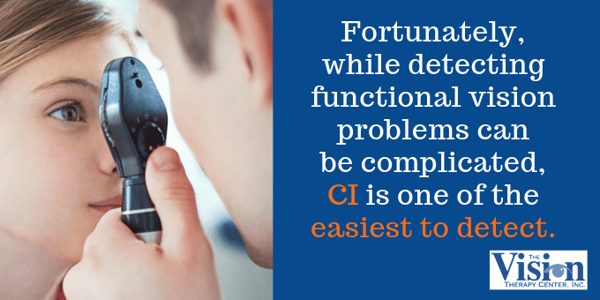 Fortunately, while detecting functional vision problems can be complicated, CI is one of the easiest to detect.

The doctors at The Vision Therapy Center reviewed the current medical literature and found a simple, evidence-based approach to diagnosing and treating mild cases of CI. It can be performed by primary care optometrists like Dr. Jankowski in their own offices.

More complicated cases would still need to be referred out to developmental optometrists, but this would definitely help ODs address cases like Luca’s.

Making Primary Optometrists -- and Parents -- Aware of the Program

To get the word out to primary care ODs, Dr. Jankowski and Dr. Begotka presented the new approach to the Wisconsin Optometric Association Board of Directors in September of 2017, and received their support.

Since that time, Dr. Begotka and Dr. Knueppel have presented the simple training approach at WOA’s spring and fall meetings, and they hope to present during the 2019 WOA Annual meeting and convention. 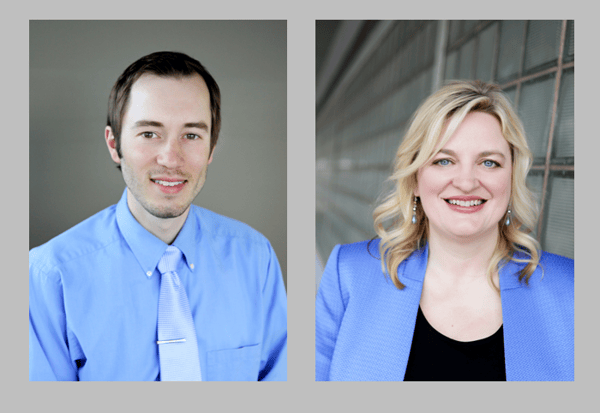 “This is an approach that’s evidence-based and simple to use,” said Dr. Begotka.  “We owe it to the patients in our state that are sitting out there undiagnosed.”

What if You Suspect You Have Convergence Insufficiency?

When you have difficulty converging your eyes or sustaining convergence, it can lead to the following symptoms:


Additionally, a person with CI may also experience:


If you notice these symptoms, you have two options: