Can a Lazy Eye be Corrected in Kids AND Adults? 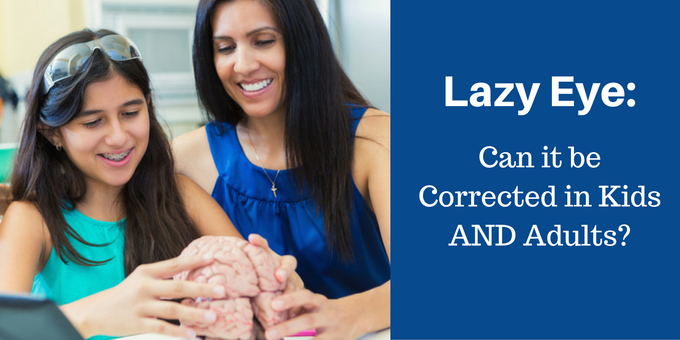 We looked to some promising research from McGill University to answer the question “Can lazy eye be corrected in kids AND adults?” It shows that there is hope for adults suffering from lazy eye, thanks to the plasticity of the human brain.

In the past, we’ve written many posts about how lazy eye, which is the layman’s term for amblyopia, can be fixed in adults as well as children.

That’s why we were so pleased that research from McGill University reinforced the point we’ve emphasized over the years: If you can make the eyes work together and restore binocular vision, you can overcome amblyopia...in children AND adults.

We define amblyopia as “the lack of development of clear vision in one or both eyes.” When the image in one eye is affected, the brain cannot combine the two images it receives from the respective eyes effectively. 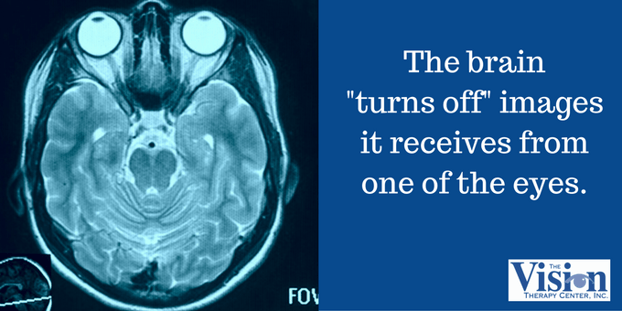 It then suppresses, or “turns off,” the images it receives from one of the eyes. This impairs binocular vision, which affects visual skills such as depth perception and eye teaming.

Amblyopia develops in early childhood, and can be caused by a number of issues, including an eye turn (strabismus); a difference in the prescriptions between the two eyes; a high prescription in both eyes; or a physical problem.

Many medical practitioners still erroneously believe that because vision development occurs primarily during early childhood, amblyopia can only be treated during this time. This is often referred to as the “critical period,” thought to be between the ages of 2 through 8. 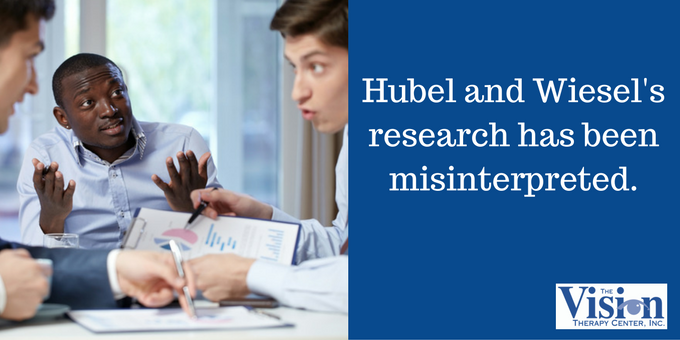 A famous study by David Hubel and Torsten Wiesel is often cited as proof of this belief, but the research has been misinterpreted, as we explain in this post. Adults CAN be treated effectively for lazy eye -- research like the McGill study (we’ll get to it in a little bit) continues to prove it.

The McGill study involves the use of video games to treat amblyopia, but it’s not the first.

One method, developed at Ohio State University, used a Pac-Man-styled video game. It involved a “push-pull” technique, in which a patient wore glasses that forced the weaker eye to track the details of a moving cat and mouse.

As we noted in the blog, this was an exciting development. The video game was essentially recreating what we do with our special red-green glasses activity, in which glasses with one red lens and one green lens encourage the eyes to work together.

Dr. Robert Hess, Director of Research Department of Ophthalmology at The Research Institute of the McGill University Health Centre, conducted a study similar to the Ohio State study, although they used a Tetris-style game.

Using head-mounted video goggles, researchers were able to display the game “dichoptically,” where one eye was allowed to see only the falling objects, and the other eye could see ground plane objects.  “Forcing the eyes to work together, we believed, would improve vision in the lazy eye,” said Dr. Hess.

The study was conducted on 18 adults with amblyopia. Nine played the game monocularly, with the stronger eye patched. The other nine played dichoptically, and each eye was allowed to view a separate part of the game.

Dr. Hess’s research backed up what we’ve seen clinically with all of our work at The Vision Therapy Center: Helping the eyes to work together result in improved binocular vision, and subsequently, improvement in visual skills including visual acuity.

“After two weeks, the group playing the dichoptic game showed a dramatic improvement in the vision of the weaker eye as well as in 3-D depth perception,” according to an article on the study.

When the group playing the game monocularly was switched over to the dichoptic game, they experienced similar results as well.

The article notes that Dr. Hess and his colleagues believe that the brain’s plasticity “provides the basis for treating a range of conditions where vision has been lost as a result of a disrupted period of early visual development in childhood.” 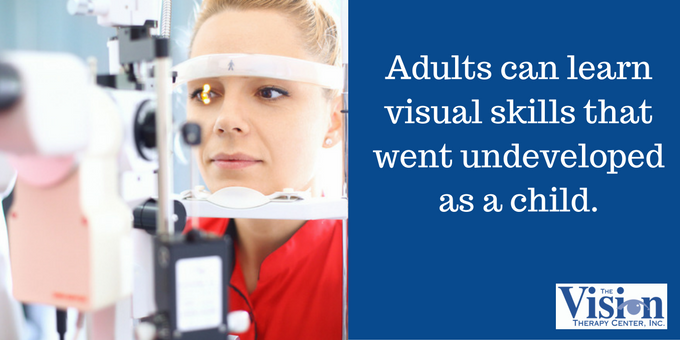 When amblyopia occurs, the brain suppresses one of the images. Dr. Hess’s treatment; the Ohio State University video game; and our years of clinical treatment all indicate that the visual system in adults can learn visual skills that went undeveloped as a child.

We’re encouraged by the impact of Dr. Hess’s video game study on his participants.  Yet a big question remains: Will the activities result in long-term changes to the brain’s plasticity, and allow the visual system to function normally?

While Dr. Hess’s video game approach is not a quick fix for lazy eye, it does serve as proof that the brain’s plasticity allows for non-invasive treatments of vision problems. That fact that the Department of Ophthalmology at McGill University is pursuing research in this field is exciting and encouraging for all patients suffering from functional vision problems.