Kids Who Won’t Wear Their Glasses Are Telling Us Something

Kids who won’t wear their glasses reject them for a variety of reasons. One in particular may come as a surprise to parents and teachers: The glasses are not the optimal prescription.

At this year’s annual meeting of the College of Optometrists in Vision Development (COVD), developmental optometrist Dr. Brandon Begotka made an eye-opening presentation. 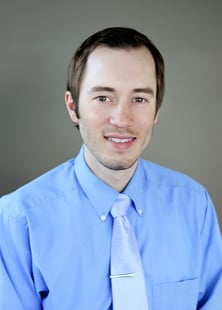 He reported the clinical results of a unique prescription he had written for one of his patients. The prescription took into account not only the patient’s eyesight, but also her functional vision. It not only made wearing glasses easier for her, but it ultimately improved her vision.

Difference Between Eyesight and Functional Vision

Before we get into the details of this particular case, it’s important that we establish the difference between eyesight and functional vision.

Eyesight is your ability to see objects clearly and the technical term for it is visual acuity.  Visual acuity is a measurement of what size letter you can see at the standard distance of 20 feet. Normal visual acuity is 20/20.

Functional vision encompasses more than just eyesight. It’s how you use your entire visual system -- the eyes, the brain, the visual pathways -- to work together to help you interact with your environment.

Functional vision is composed of the three visual skill areas of eye movement, eye tracking and eye focusing, and is an active process. It’s how you use your vision to catch a ball, read a book, or ride a bike.

The Problem: Glasses Not Prescribed for Functional Vision

In many cases, glasses are prescribed to deal with problems related to visual acuity. For many cases in which visual acuity is the only problem, that’s fine.

However, in the case presented by Dr. Begotka, the patient had a condition called amblyopia, in which visual acuity and functional vision were affected. The eyesight issue was an obvious problem, and less obvious was the functional vision issue.

Because the developmental optometrists at The Vision Therapy Center specialize in evaluating the effect of a prescription -- both positive and negative -- on a person’s functional vision,  Dr. Begotka knew it would be counter-productive to prescribe glasses for the patient’s eyesight alone.

“If I had started with the full prescription, she would have been uncomfortable, and may have stopped wearing the glasses,” he said.

Ultimately, it’s a balancing act, Dr. Begotka said. “We want to prescribe a lens that addresses the eyesight problem, but also accounts for the functional vision issue.” For Dr. Begotka’s patient, the prescription was significantly lower than what might be prescribed if only the patient’s eyesight was being considered.

So How Does an Optometrist Know What Prescription Will Help?

In this case, the testing confirmed a much lower prescription than would conventionally be given, but Dr. Begotka was confident that it would improve functional vision and aid the development of the visual skill areas for a better outcome.

Over time, the patient improved her functional vision. As a bonus, her prescription reduced significantly.  “She went from a +6.00 to a +2.50 over a 3-year period,” Dr. Begotka reported to the COVD.

Vision Therapy May Need to be Included

Vision therapy is a series of exercises and activities that help a person learn how to use their vision efficiently. It helps improve the functional visual skills we described earlier in the post. Over time, it helped improved the patient’s functional vision as well.

“In some cases, the lenses may be enough to correct the problem,” Dr. Begotka said. “In other cases, you may need glasses and vision therapy.”

What Should You Do if Your Child Won’t Wear Glasses?

If this case study sounds similar to what you’re experiencing with your child, here are some steps you can take.

Step 1 - Talk to your child.  Ask why he or she isn’t wearing the glasses.  Find out if they make your child uncomfortable, such as feeling dizzy or experiencing headaches.

Step 2 - Take the Vision Quiz.  Our website includes a Vision Quiz, which is a score-based test to determine if you or your child has symptoms that are typically associated with a functional vision problem.

A Functional Vision Test requires special training and equipment. You may need to contact a developmental optometrist, board-certified by the COVD. Their website has a “find a doctor” feature that can help you find one in your area.

By not wearing his or her glasses, your child is telling you something.  The best way to listen to them is to rule out functional vision problems.