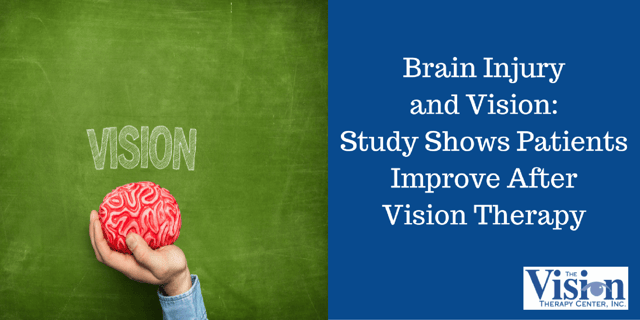 With concussion rates among American youth on the rise, medical practitioners are taking note of research that reveals not only the close link between a brain injury and vision problems, but also the effectiveness of vision therapy as treatment.

CNN recently reported that concussion rates among youth have increased 71% since 2010. Blue Cross Blue Shield released data that also showed “patients ages 10 to 19 are five times more likely to be diagnosed with a concussion than all other age groups combined.”

We’re are seeing more data that indicates a very high percentage of those children are likely to have vision problems.  And a new study reveals that vision therapy is proving to be an effective treatment.

Dr. Michael Gallaway is one of the authors of the retrospective study Vision Therapy for Post Concussion Vision Disorders. He notes the high occurrence of vision problems among concussion patients has been reported before. 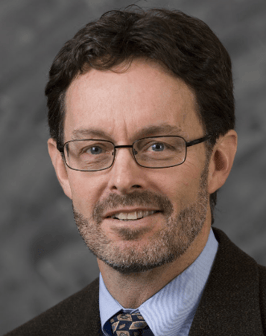 There is also a significant prevalence study “Vision Diagnoses are Common After Concussion in Adolescents” that showed that out of 100 adolescents diagnosed with a concussion, 69% were diagnosed with a functional vision problem.

As a developmental optometrist, Dr. Gallaway has conducted a number of studies on the link between vision and brain injuries. He has also been successfully using vision therapy to treat patients with post-trauma vision problems since 2000, and wanted to share the positive results.

Dr. Gallaway decided to launch a retrospective study on the large number of concussion patients being referred to his practice. He and the other study authors reviewed the records of 218 patients who had been previously diagnosed with a concussion.

Of those patients, 82% were found to have an oculomotor problem. “Oculomotor” refers to the  movements our eyes make during tracking, as well as focusing from one distance to another.  These visual skills are brain-based and part of “functional vision.”

(Listen to a short interview on the significance of the study with Dr. Michael Gallaway.)

Functional vision is how you see an object in space, such as a ball flying through the air. It’s how your entire visual system -- the eyes, the brain, the visual pathways -- works together to help you move and interact with your environment.

It’s worth noting that these patients where referred by other medical practitioners who were aware that the symptoms may be caused by a functional vision problems. Again, the study shows that 82% of the time their reaction to the symptoms was correct.

62% of patients experienced Binocular Vision (or Eye Teaming) Problems: Eye Teaming skills are the ability to direct both eyes to fixate on the same object. The two images, one from each eye, are combined by your brain to create depth perception.

54% of patients experienced Accommodation (or Focusing) Problems: Eye Focusing is the ability to see an object clearly (especially at near), and to shift focus between objects at different distances.

21% of patients experienced Eye Tracking Problems:  Eye Movement skills are the ability to follow a moving object and to switch your fixation between objects. Eye movement skills are especially important in reading.

As a developmental optometrist, Dr. Gallaway specializes in vision therapy, which uses exercises and activities to help strengthen a patient’s functional visual skills. Essentially, he retrains a person’s brain and visual system to work properly.

For the 218 students who were referred to Dr. Gallaway, vision therapy was recommended for 80% of the patients. Forty-six per cent (80/175) either did not pursue treatment or did not complete treatment.

“Successful” was defined as a normalization of visual skills with an improvement in symptoms.

Beyond the Results: Why This Concussion Study is So Significant

What’s particularly noteworthy about this study is not only the findings, but the growing number of medical practitioners from a number of different medical specialties who are taking note of the data and referring their patients to developmental optometrists.

The list includes Dr. Christine Master, a sports medicine specialist and pediatrician at the Children’s Hospital of Philadelphia (CHOP), and one of Dr. Gallaway’s research partners.  She has seen the positive results of vision therapy with her concussion patients, and now CHOP is starting their own vision therapy service.

“These were kids who often had been symptomatic for months,” Dr. Gallaway said. “It can be so disruptive to their lives. They were struggling in school and having trouble returning to their sports which often takes a toll psychologically.”

The concussion world is starting to discover vision therapy as more research shows the connection between concussions and vision.  Sports medicine doctors, pediatricians, neurologists, physiatrists, and physical therapists are learning about vision therapy and seeing changes with their patients.

“Concussion treatment is all about rehabilitation,” Dr. Gallaway said. “Physical, psychological, neurological, vestibular, visual. It’s a great opportunity for optometry to be part of the concussion team working with other health care providers to get kids back into the classroom and back to their activities.”