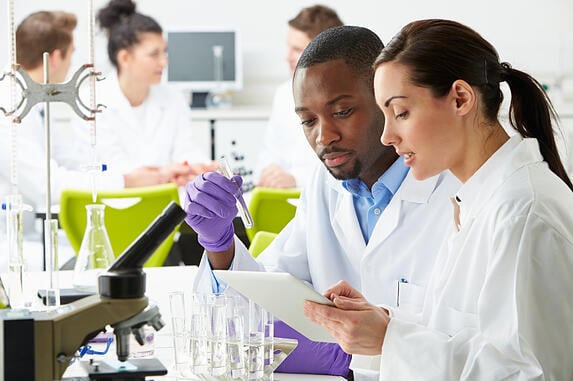 Researchers have discovered a way to allow the adult brain to rewire itself and form new connections, possibly paving the way for new amblyopia treatments. The study plays off the same core idea as vision therapy: The brain can adapt to stimuli and make new neural connections.

Previous studies have shown that during the brain’s development, it adapts to its environment to form new connections between brain cells and strengthens old ones, in a process called neuroplasticity. However, this ability becomes limited once the brain reaches adulthood.

Now, researchers from Stanford University have figured out why. The molecule responsible for neuroplasticity - a protein receptor, PirB - acts as an on/off switch for the process. In adulthood, proteins bind to the receptor, holding it in the “off” position to maintain the brain’s existing connections.

To flip the receptors back “on,” researches flooded mice’s brains with a “decoy” version of PirB, which attracted the proteins that would have otherwise blocked the real protein receptors. The results were drastic.

Even in adult mice, their brains returned to a state of higher plasticity, allowing more functional connections to form in as little as one week. As the following trial illustrates, the finding could potentially lead to new ways to treat some neurological vision problems, including amblyopia.

When mice grew up with one eye covered during key developmental stages, they couldn’t see even after that eye was uncovered because the necessary brain connections failed to form. However, when injected with the decoy protein receptor, the mice’s brains rewired, adapting to the new visual input and partially restoring their vision.

Vision therapy is rooted in the idea of neuroplasticity. It’s why, even though an eye shuts down in amblyopic patients, we can reawaken it through training that forces it to change.

There are a number of reasons why an eye might shut down, all of which involve an imbalance in performance between the eyes. Here are some of the reasons:

* Constant eye turn (strabismus) in one eye
* High prescription (blurry vision) in one eye
* Reduced vision in one eye from trauma, lid droop or cataract

In all of these cases, the brain uses the two eyes very differently. Early in vision development, the brain compensates for the imbalance by shutting down the weaker eye, resulting in a single, clear image in the other eye.

It might seem like a nifty, neurological fix, but there’s a problem. The visual system is designed to use both eyes to explore visual space. Remove one eye from the equation, and the brain’s spatial perception goes haywire, affecting depth perception, reading ability and more.

Through a series of steps, vision therapy retrains the brain to use both eyes together. All three of the following steps depend on neuroplasticity to succeed. It’s almost ironic, considering the brain’s ability to adapt is what causes amblyopia in the first place. However, with these techniques, we flip things around, forcing the eye to change in a way we control.

1. Apply the correct lenses or glasses - If a person has developed amblyopia due to poor visual acuity, it’s important to find a perscription that will return clear vision to the eye. Without clear vision, the brain will remain resistant to receiving images from that eye.

2. Use patching effectively - Patching generally works better among younger children, and involves placing a patch over the stronger eye, causing the weaker eye to build strength.

Studies have shown that patching is most effective when used in tandem with therapy. Often times, we may start with patching and later add therapy, or begin both at the same time.

3. Begin vision therapy - Vision therapy helps the brain use the eyes together and equally through a series of exercises and activities.