Why Baseline Concussion Testing is Critical for Every Child Athlete 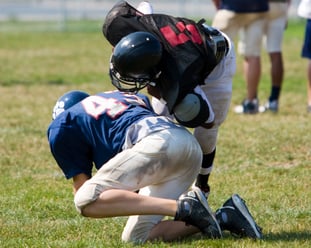 Measuring how well your brain functions after a concussion is critical for planning an effective rehabilitation program. But the only way to measure the after-effects is to know how well the brain functioned before an accident. That’s what makes baseline concussion testing so important for anyone involved with sports.

A baseline functional vision test is a “just-in-case” test, like insurance. These tests are conducted before a sports seasons begins, when an athlete has not fully engaged in their highest intensity training or competition.

If the athlete suffers a concussion during the season, that same test is administered to compare the scores from before and after the brain injury. With the school year - and sports seasons - fast approaching, we urge every athlete’s parent to take their child for a baseline functional vision test with a developmental optometrist.

The Importance of Baseline Testing

Every concussion is unique - so it’s difficult to make a blanket statement about everybody’s concussion symptoms. That’s why it’s important to treat each person on a case-by-case basis.

Comparing a person’s post-concussion test scores with their own pre-concussion scores allows a doctor to draw accurate conclusions about their specific symptoms. It’s like comparing apples to apples. Without baseline testing, the best that can be done is to compare that individual’s post-injury scores with those of the general population.

Additionally, because baseline testing occurs before the season begins or early in the season, it raises concussion awareness for athletes and parents.

What’s Included in a Baseline Test?

The new school year will be here before you know it, and with it a new year of sports. Don’t wait to schedule your child’s baseline test! Should your child suffer a concussion, it’s the best way to assess them accurately, so we can help them manage and overcome their concussion symptoms.