What is COVD and Why is it So Important to Parents? 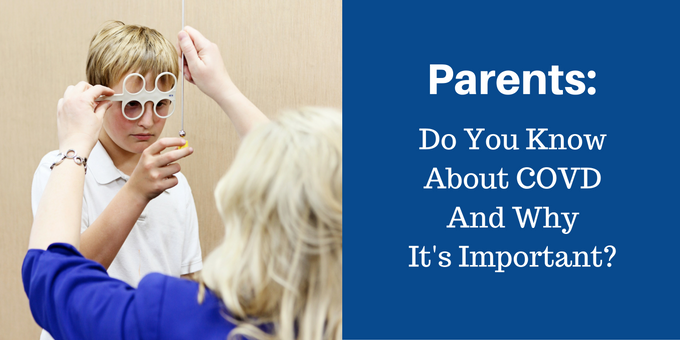 The medical world is full of professional organizations, many of which are unknown to parents. But there is one particular organization parents, educators and medical practitioners should be aware of: It’s called COVD, and their work can affect society in profound and life-changing ways.

According to Dr. Barry Tannen, the current president of COVD, the mission of the organization is to advance excellence in optometric vision therapy and rehabilitation through education and board certification. That’s complicated by the fact that most people don’t even know what vision therapy is, or how profoundly it can affect our children and workforce. 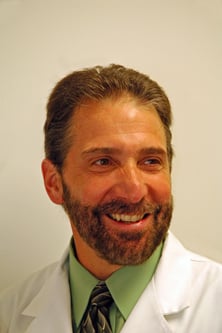 What Is Vision Therapy?

According to COVD, one in ten children in America - over 5 million in all - has a vision problem significant enough to impact their ability to learn in school. Vision therapy involves using activities and procedures to improve a person’s functional visual skills and overcome those vision problems.

Functional vision is a set of skills that are learned and developed to perform everything from reading to catching a ball. The skills include eye movements, eye teaming and eye focusing. 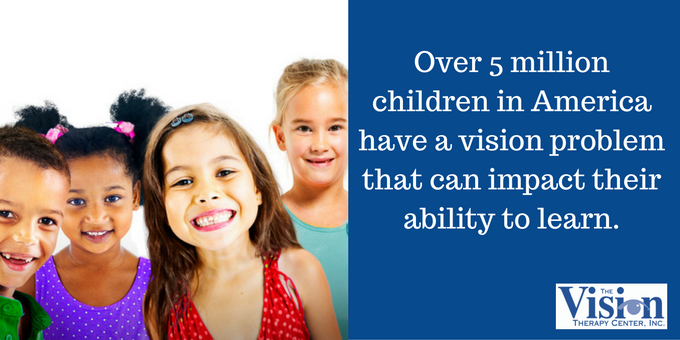 Functional vision problems are typically caused when the visual system - the eyes, the brain and the visual pathways - does not work properly. There are a number of reasons why this can occur, but thanks to your brain’s plasticity, they can be corrected.

Why is it Difficult to Make People Aware of Vision Therapy?

Much like our blog, which is called “Discovering Vision Therapy,” COVD has worked diligently to inform people about vision therapy.

Dr. Tannen notes that the progress over the years, through outreach efforts like public service announcements and the COVD website, has resulted in a huge amount of progress.  “It used to be 99% of people didn’t know what vision therapy was,” he said. “But now it’s probably more like 80%.  Obviously, we still have much work to do.”

Many of COVD’s outreach efforts take place through grassroots efforts by its members, but when you break down the numbers, the scope of the challenge becomes apparent. If there are 40 to 50,000 optometrists in the country, Dr. Tannen estimates less than 1,000 offer in-office vision therapy. 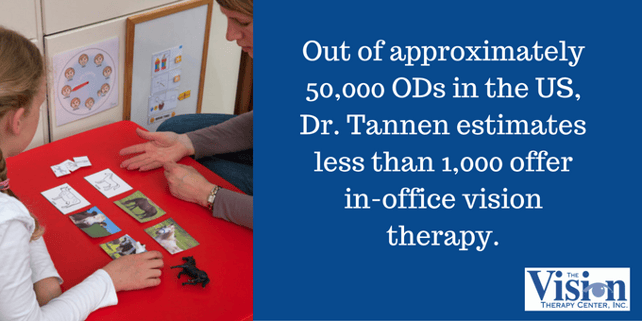 That’s a professional population of roughly 1,000 people attempting to engage a US population of over 300 million through grassroots efforts alone. “We don’t have large drug companies representing us, or sponsoring ad campaigns,” Dr. Tannen said.

Slow Acceptance in Medical Field an Issue...But That is Changing

Perhaps one of the reasons why so many people are unaware of vision therapy is that it is a non-invasive treatment. Activities and procedures are used to teach the visual system to work maximally. There are no drugs or surgeries required.

“Over the past 10-15 years, there has been an absolute explosion in evidence-based research studies for vision therapy,” Dr. Tannen noted. COVD is currently undergoing a revision of its website to make it easier to access and obtain these studies.

Dr. Tannen also described two other factors that have led to greater awareness of vision therapy: Rapid acceptance in countries such as China, and increased awareness of acquired brain injuries such as concussions, and their impact on vision.

China recently held a conference called “Vision China,” at which Dr. Tannen presented and attended. Vision therapy is “exploding” in its application in China, but it’s different than the approach taken in the United States.

Due to a variety of reasons, some members of ophthalmology in the United States have either ignored or even disputed the efficacy of vision therapy. That’s ironic, as Dr. Tannen explained, because it was a French ophthalmologist (Javal) who actually championed the non-invasive approach to strabismus back in the 1880s. (Strabismus is an eye-turn, such as crossed eyes.)

China is taking an integrated approach that blends optometry and ophthalmology, and opticianry.   Dr. Tannen notes the tremendous potential that occurs when the three disciplines work together.

Listen to Dr. Tannen detail why this is important in this expert interview, then read the rest of the post. 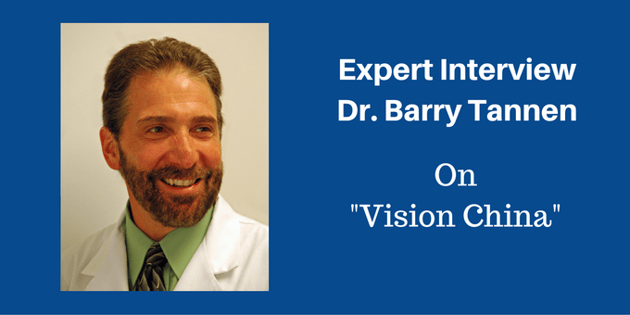 Another area vision therapy is making inroads and gaining acceptance in is in the field of mild traumatic brain injuries. Research has shown that vision issues are the most common area affecting post-concussion patients.

“Children with multiple concussions are left with tremendous vision problems,” Dr. Tannen said. “They often can’t get back to school without numerous accommodations.”  He noted that the majority of his new vision therapy patients today are post-concussion patients, and it is physicians who are referring the cases.

Dr. Tannen described the influx of referrals as a “game changer” in terms of professional referrals.

“Make a Difference in People’s Lives”

The term “behavioral” or “developmental” optometrists is used to describe optometrists who take a behavioral or developmental approach to treating functional vision problems, including difficulties with binocular vision, eye movements, and depth perception, as well as visual deficits following brain injuries. 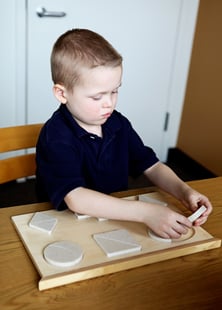 Optometrists who have received additional training in functional vision problems are often referred to as developmental optometrists, and becoming board-certified indicates you have completed COVD’s evaluation process of your skills and training.

Pursuing a career in this field - whether it’s as a developmental optometrist or a vision therapist - is a “great opportunity to make a difference in people’s lives,” Dr. Tannen notes.

Encouraging Signs That Large-Scale Awareness is on the Horizon

We work diligently to generate awareness of vision therapy, much like COVD. It’s exciting and encouraging to see China rapidly integrating vision therapy into their overall eye care, as well as an increased understanding here in the US about how vision and brain injuries are linked.

To learn more about COVD, visit their Facebook page.