Titus Didn’t Have ADHD After All 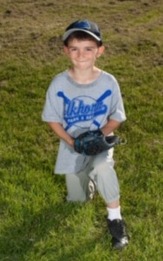 Ask any teacher -- it’s a lot to expect a young child to sit and be attentive in school, especially in preschool or kindergarten.  Kids are distracted. Kids want to play.

But Titus was different.

“I could never capture his attention one-on-one,” Titus’s mom Kelly Werwie recalled.  “In preschool, he would get distracted and throw himself to the ground.”

Like many children, Titus was showing all the classic symptoms of Attention Deficit Hyperactive Disorder (ADHD). But his mother Kelly had a suspicion that there was something else affecting her son.  It turned out she was right.

Like many parents, Kelly and her husband Tim wondered if Titus’s behavior was a function of age and school-readiness. But her mom’s intuition told her something else was at play. Fortunately, so did her eye doctor. 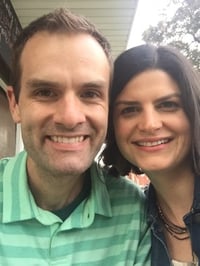 Symptoms That Present Themselves as ADHD

The Werwies had taken Titus for a routine eye exam.  Their optometrist, Dr. Moses, noticed something out of the ordinary.

“He told us Titus’s eyes weren’t working together like they should,” Kelly said.

Dr. Moses informed her that Titus might be suffering from a functional vision problem, which can include symptoms that resemble ADHD.

Functional vision involves the entire visual system, and the visual skills including eye movement, eye tracking and eye focus.  These visual skills impact things such as depth perception, or your ability to track words along a line of text.

Understanding What Titus was Seeing

The Vision Therapy Center is owned by Dr. Kellye Knueppel and staffed with developmental optometrists and vision therapists who specialize in treating functional vision problems.

Titus underwent a Functional Vision Exam, and afterwards, the Werwie’s were shown the results. 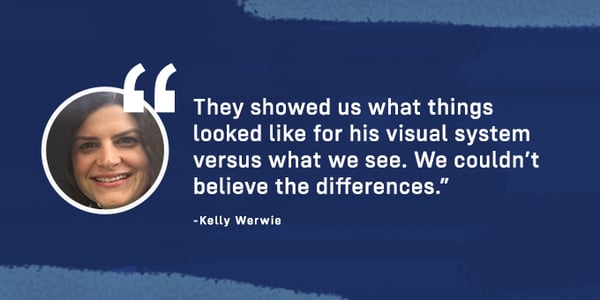 “They showed us what things looked like for his visual system versus what we see. We couldn’t believe the differences,” Kelly said.  “We thought, ‘Wow, we really understand.’ ”

Undertaking vision therapy would be a commitment, both in terms of time and money.  It would take 36 sessions of vision therapy -- a series of activities and exercises designed to retrain the visual system -- including a weekly in-office visit.

The therapy also wasn’t covered by their insurance.

But the family knew they had no choice but to help Titus.  They began vision therapy.

Getting the Visual Team to Work Together

Titus practiced the vision therapy activities every day for about an hour at home, usually in the morning.  Once a week, they would visit The Vision Therapy Center for a session with a vision therapist.

This is hard work for anyone, especially a seven-year-old.  Titus did his vision therapy activities in the morning, when his visual system was rested.  And soon, he showed improvement:

“I can see” - Two months into vision therapy, Titus told his parents, “I can see!”  His vision was 20/20, a sign that he was focusing properly.

Swimming no longer a struggle - Swimming lessons had long been a challenge for Titus.  Now he was swimming with confidence, and happy to jump off a five-foot diving board.

In terms of schoolwork, despite Titus’s progress, Kelly notes that it’s not reasonable to compare him to other students. He’s playing catch-up from years of coping with the vision problem, and they’re going to start to work with a reading specialist to keep him moving along.

Titus is, however, making steady progress.  The schoolwork will come in time. What’s important is Titus’s improvement in all walks of life. 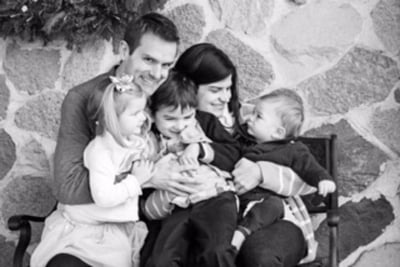 “The biggest statement I can make is that he is a completely different child from where he started nine months ago,” Kelly said.  She recalled a recent appointment, in which she had to talk to Dr. Begotka for twenty minutes. Titus sat there patiently and quietly, a stark contrast to his ADHD-like behavior of months prior.

To learn more about how ADHD can be confused with functional vision problems, download our ADHD Guide.

In this section, we share some of Titus’s diagnosis and clinical progress for fellow optometrists and medical practitioners.