Is Your Child Struggling in School After the First 30 Days? 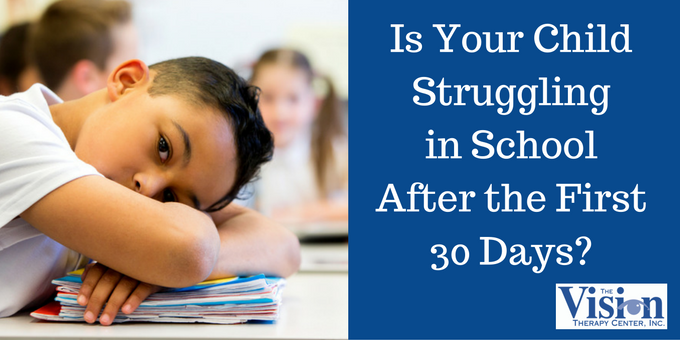 Every year, after about the first 30 days of school, our phones start ringing and visits to our website spike. Why? Because undetected vision problems appear when kids advance in school, even among students who have previously been successful in the classroom.

That’s right - even kids who have done well academically may start struggling as they advance to a more difficult level of reading. It generally occurs after the first month of school. Look at the visits to our website over the last several years. The spikes you see below both occurred in the fall. 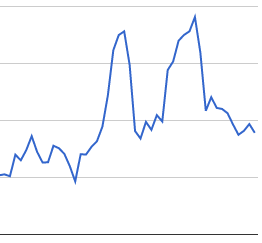 That’s just traffic numbers for people looking for information. Our patient counts rise as well. You’ll note there are two other surges during the year - one is during the summer, when parents schedule back-to-school checkups. The other is in the spring, when parents have watched their child’s struggles continue through the year without any sign of improvement, and decide to take action. 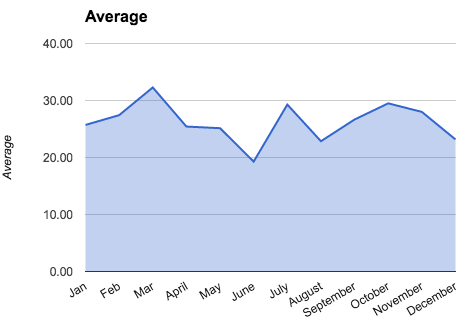 Why do these problems suddenly materialize, even among children who have never struggled before?  The reason behind this is twofold:

Both of these issues center around “functional vision problems.” Functional vision involves a set of skills that are learned and developed to help you gather and process visual information. They help you perform tasks such as reading lines of text on a page, or catching a ball flying through the air.

Eye teaming allows you to point both eyes at a single spot in order to avoid double vision and create the perception of depth.

Eye movements allow you to follow a moving object (e.g. a ball flying through the air) and they also allow you to move from one object to another (e.g. the end of one line of text to the beginning of the next line).

These three things all happen simultaneously, and they happen from the moment you wake up until the moment you go to sleep. Your eyes are moving, focusing and teaming, all day long. And when there is an issue with one or more of those skills, you have a functional vision problem.

Typical vision screenings are designed to test for eyesight, or visual acuity. Eyesight is your ability to see certain sizes of letters at set distances, typically 20 feet and 16 inches, on a Snellen eye chart.

While the College of Optometrists in Vision Development (COVD) notes that 1 in 4 children has a vision problem that affects their ability to read and learn, it would not be cost-effective to screen every child in school.

(Although, in the long run, detecting and addressing functional vision problems as soon as possible would help us properly diagnose many issues that are often mistaken for ADHD, ADD, dyslexia, and have behavior issues.)

Issue #2 - Kids Might Have Been Successful Up Until This Point

Many of the parents of patients we’ve seen are frantic with worry and perplexed by the situation.

Quite often their child is very bright, and has always done well in school. Yet after advancing to the next grade, problems seem to have materialized out of nowhere.

Their grades start to slip. Their test scores decline. They may even become disruptive in class. Even worse, there is no apparent reason why this is happening. The teachers and school support staff can’t offer an explanation.

How Your Visual System has Managed to “Get By”

The visual system is constantly adapting, and the brain can find ways to compensate for issues that affect your vision.  For example, if you have a problem with eye teaming, your brain may suppress the image from one of your eyes to avoid double vision.

Children are rarely aware that these adaptive measures are occurring. Even when they are aware, they may have no idea that their visual system isn’t operating correctly because their visual experience is the only one they know. They assume everyone sees and experiences the world as they do.

Their visual system’s compensation measures will only get a student so far. Eventually, the print will become too small to follow, or the mathematical computations too difficult to process. That’s when the struggles begin.

Be Aware of Symptoms at the 30-Day Mark

If your child is experiencing the symptoms of a functional vision problem, now is the time to fix it and save not only this school year but your child’s future.