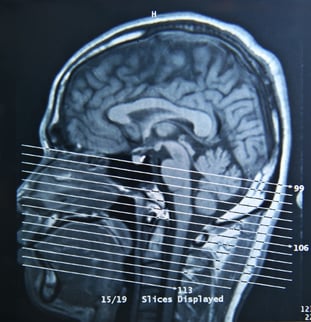 Two years ago, Kim Lohr was walking one winter morning when she slipped on a patch of ice and bam… everything went black. Over the next several months, she’d discover that her concussion created vision problems which could have persisted indefinitely without vision therapy.

The first thing Kim noticed after her momentary blackout was that her surroundings appeared blurry. She immediately went to the hospital, where doctors took x-rays to make sure she didn’t break her neck. They came back negative.

However, on her drive home, she began to notice other symptoms - dizziness, weakness, and a particularly odd visual sensation.

This was especially problematic considering Kim worked as a bus driver. Suddenly, she found herself unable to work, or even complete a daily routine on her own.

“To suddenly go from being completely independent, to not being able to do anything myself was horrible,” she said. “I was being picked up and dropped off like a 12-year-old.”

But her vision problems weren’t just limited to driving. Watching television was nauseating and reading became impossible, as she couldn’t transition her eyes from one word to the next.

Her neurologist assured her there was little to worry about - healing could take a couple of months. She also paid a visit to her opthamologist, who determined her eyes were fine.

Yet, six months later, her symptoms hadn’t faded. Finally, her doctor referred her to The Vision Therapy Center.

Our Dr. Begotka immediately administered a Functional Vision Test. Then, he gave her a book to read, which of course she was unable to do. However, when he placed partial occlusion on her glasses - something happened. She could read!

Kim was diagnosed with binocular vision dysfunction, caused by the brain trauma from her fall. The condition had a negative impact on her depth perception. For Kim, just receiving a diagnosis was a breath of fresh air.

“Dr. Begotka was the first person who understood what I was talking about,” Kim said. “It was so good to know there was somebody who believed what I was telling them, and knew exactly what I meant. Most people looked at me like I was a loony.”

Kim started vision therapy immediately after that initial visit. It began as exclusively home therapy, where she’d engage in activities with her husband’s help. One activity she described is called “bead and cap.”

“My husband would hold a tee with a bead attached,” she said. “I’d hold a cup, or “cap,” at hip level, while my husband moved the tee in front of me. Then, I’d swing the cap upwards in an attempt to swing it onto the tee.”

Kim admitted the activities weren’t easy, but she tried to do them at least four times per week. After three months of this routine, she came in for another exam. She’d improved, but not as much as we’d liked. So, we decided weekly on-site therapy was in order.

Kim visited TVTC every Tuesday, while continuing her daily therapy at home. She mastered some skills and struggled with others, but overall began to see rapid change. Her hard work was beginning to pay off.

As for driving, she can now sit comfortably in a car, and can even drive on a limited basis - no night driving, no highway driving, no driving in heavy traffic. Although she can’t yet return to her bus driving job, she’s happy to have at least regained some of her independence.

“Before therapy, driving was an endangerment to myself and everybody else. I self-imposed [a ban on] my driving because I was a hazard,” Kim said. “Now, I can go to the bank, to Walgreens, to the little places I need to go. I have some independence and don’t need to count on other people to drive me around.”

She continues to complete therapy every day at home. Her eyes are still learning to work together, as it will take time before it becomes an automatic skill. The journey’s not over, but she’s happy with how far she’s come.

“It was so comforting to find a group that understood what was going on,” she said. “They brought me so far from where I was. They greatly improved my life, from the things I can do at home to reading. I’m extremely grateful for what they’ve done for me.”