His Trouble Reading Ended Up Being a Vision Problem 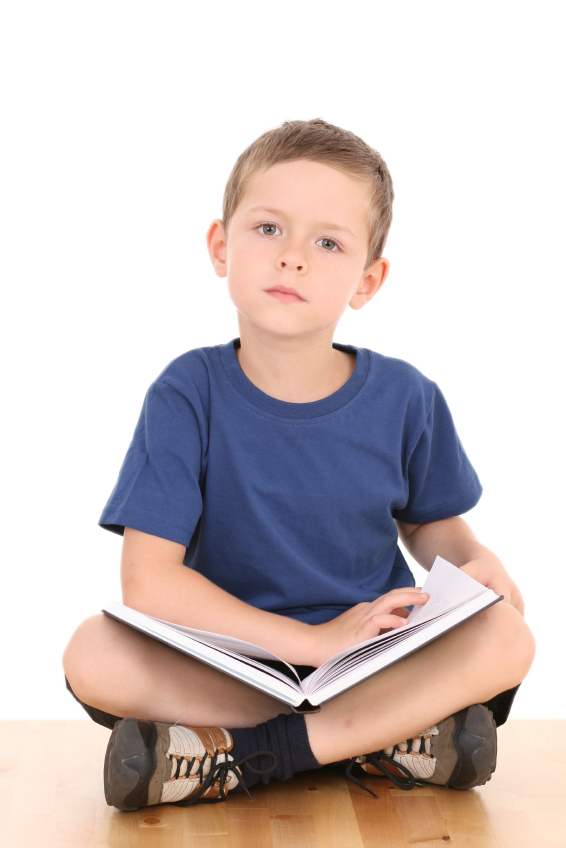 Six-year-old Joel Derrick always loved school. But when his class began reading words, school suddenly became a struggle. He and his family would soon discover that his academic problems didn’t come from a learning problem, but a vision problem. (This post includes a video interview with Joel’s mother, Lisa.)

Kindergarten was going well for Joel until about halfway through the year, when his classmates began learning to form words. No matter how hard Joel tried, he couldn’t do it.

His mother, Lisa, had taken Joel to get his vision tested previously. But the testing at The Vision Therapy Center was different. He was diagnosed with intermittent esotropia - a form of strabismus where one eye periodically turns inward.

A cover test, which The Vision Therapy Center administered during Joel’s functional vision test, showed that the condition was even more pronounced when he looked at objects up close or completed near work, such as reading.

The condition also periodically created double vision, sometimes causing words to overlap. “Joel would know the sounds and letters, but he couldn’t read the word,” Lisa said. “He tried, but would forget and couldn’t remember.”

Joel’s struggles extended beyond academics, causing frustration on the soccer field as well. While playing, he couldn’t correctly see the ball, often mistiming his kicks.

Noting how much Joel was struggling and desperate for a solution, his mother decided to enroll him in vision therapy.

Vision therapy required a lot of effort and patience on the part of both Joel and his parents.

Remember, Joel was only six. Driving an hour to therapy every week to partake in strenuous and sometimes painful exercises, as well as replicating some of those exercises every day at home isn’t exactly a young boy’s idea of fun.

“It wasn’t easy, and there were lots of emotional struggles of telling Joel that he had to do his therapy before doing anything else,” his mother said. “Sometimes therapy would take us 20 minutes, sometimes it would take us an hour and a half.”

Still, Joel and his mother kept at it. Lisa helped her son complete his in-home therapy every day - or as close to it as possible. It also didn’t hurt that Joel loved his therapist at The Vision Therapy Center (not to mention the prize box that he got to pick from after each session).

“We weren’t perfect,” Lisa said. “Not every night did we get everything done. But he was diligent.”

At the center, therapists engaged Joel in a series of activities. One exercise included ocular calisthenics, where the patient stretches their eyes as far as possible in various directions while focusing on an object. The goal was to improve the control of Joel’s eye movements in order to better organize his visual system.

Over time, Joel began to progress. The accuracy of his eye movements improved from being below average for his age to above average, and his eye turn became less frequent.

Outside of therapy, reading words became easier and soccer a little less challenging. After nine months, Joel graduated and had a well-earned celebration.

Life for Joel After Therapy

Joel is now in second grade, and his mother says he has a passion for - wouldn’t you know it - reading. He also loves playing sports, now that he can actually comfortably participate. His latest endeavor is tennis, and his mom said he’s learning to hit the ball pretty well!

Lisa admits that even after therapy, sports don’t come as naturally as they might for other children. Still, the important thing is that he realizes his handicaps and knows how to overcome them.

“I think his biggest tool is that he knows his problem and now has some weapons to combat them,” Lisa said. “Having some successes just encourages him to keep going.”

Although Joel is doing well, he continues to perform vision therapy exercises at home in addition to visiting the therapy center for rechecks. It’s an important routine to ensure his success continues. In fact, discontinuing therapy entirely can result in regression.

While Lisa knows that Joel’s vision still has room for improvement, she marvels at the strides he’s made and how much he will continue to achieve.

“Life after therapy is still difficult, but so much better,” Lisa said. “We’re very thankful for our experience and that we can keep coming back when we need. I truly believe he would not be where he is today if he had not gone through his therapy.”