Could Pushing Children in School Have a Negative Effect on Visual Development? 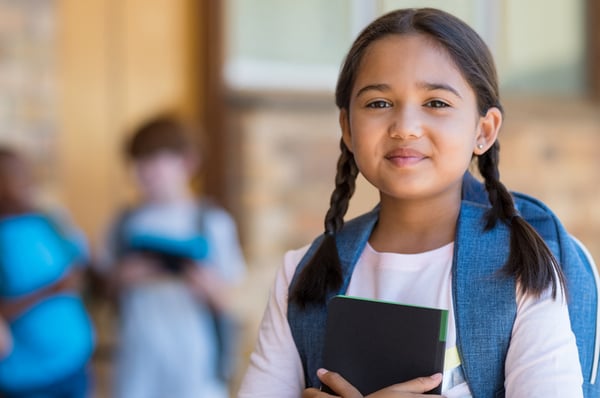 A report on the high rate of Myopia among Asian schoolchildren produced a surprising conclusion:  Researchers believe the cause may be too much time spent indoors.  Ultimately, we think it may be a consequence of pushing reading and writing before a child’s visual system is adequately developed.

According to a recent article on Slate, 81 percent of Taiwanese 15-year-olds are myopic, or nearsighted. In Taiwan, the percentage of 7-year-olds suffering from Myopia increased from 5.8 percent in 1983 to 21 percent in 2000.

High myopia, which is an “extreme form of the disorder,” has increased steadily in Asia, and can be a risk factor for additional problems such as “retinal detachment, glaucoma, early-onset cataracts and blindness.”

This staggering increase prompted researchers to investigate all types of risk factors, including frequent reading, participation in sports, excessive TV watching, etc.  There were no conclusive findings.

However, in 2008, an orthoptics professor named Kathryn Rose researched two groups of 6- and 7-year-olds of Asian descent.  One group lived in Sydney, Australia, the other in Singapore.  Only 3.3 percent of the children in Sydney suffered from Myopia, while 29.1 percent of those in Singapore were afflicted.

Rose found that the one significant difference was the Australian kids spent 13.75 hours per week outdoors, compared with 3.05 hours for the children in Singapore.

So is this simply a case of kids in Singapore not getting enough recess?  The researcher noted that the two different countries have vastly different educational approaches.  In Australia, children participate in one year of part-time preschool, which focuses more on social skills and communal play than reading and writing.

By contrast, children in a similar stage of development undergo three full-time years of education to ensure that the child is reading before beginning school.

The Drawbacks of Pushing Too Far, Too Fast

In discussing the findings, Dr. Kellye Knueppel believes the issue may be tied to a child’s visual system.  “The eye teaming system is developing up to age 6 and 7,” she said.  “Doing something that requires precise eye teaming and focusing before that point doesn’t make sense.”

Dr. Knueppel notes that from age 1.5 to 5, there is an explosion of verbal development.  It’s when children begin to learn and understand the spoken language.  She said that at this point, “the visual system isn’t really developed to read what’s on a page.”

How do you know if you’re pushing your child too far, and too fast, as appears to be the case in Asia?

The developmental optometrists at The Vision Therapy Center don’t provide parents with specific guidelines, instead instructing them to do what the child is developmentally capable of doing.  Dr. Knueppel equates it to toilet training.  When a child is ready to do it, he or she will do it quickly, with a minimal learning curve.

It poses a dilemma for parents, as schools are pushing 4-year-olds to read.  Naturally, this triggers parental anxiety, as you don’t want you child to fall behind.  Unfortunately, if you push too hard, the types of issues that occur in Asia happen here.

Dr. Knueppel notes that we often see patients because the children’s visual systems aren’t equipped to handle the accelerated pace.  “For reading and writing, we recommend you teach when the child is developmentally ready,” Dr. Knueppel said.  Myopia is just one problem that can be caused by learning to read and write before the visual system is ready.  It can also cause problems with eye movements, accommodation, and eye teaming.

There’s nothing wrong with encouraging a child to learn, and to take advantage of their rapidly developing verbal skills.  Keep in mind the big picture.  Myopia is more prevalent in Asia, and educators and parents need to consider what may be the root cause:  Pushing children before they’re developmentally ready.