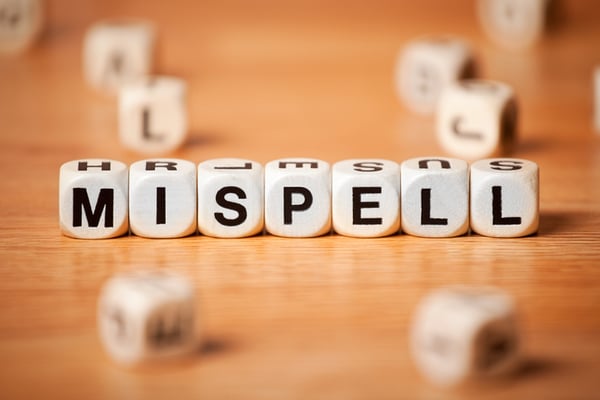 As a parent of a child with an undetected vision problem, I felt the pain of Thomas Hurley III as he was penalized for what appears to be a minor spelling error on the Jeopardy game show.   It reminded me of my own child’s struggles with spelling, and the fact that, as the school year approaches, parents may not be aware of the fact that vision problems can affect a child’s ability to spell.If you’re unfamiliar with the Jeopardy story, a Connecticut eight-grader named Thomas Hurley III misspelled his response and was penalized for the error.  He had meant to spell “Emancipation” and instead spelled “Emanciptation.”

It appeared to be a relatively minor mistake, but the consequences from Alex Trebek and company were severe.  Thomas Hurley had bet $3,000 of his $9,600 in winnings, and as a result, he had a third less of his winnings to put away for college.

Don’t get me wrong:  Rules are rules, and you’ve got to draw the line somewhere.  It’s a good lesson for Mr. Hurley to double-check his work, and look before he leaps.  But as a parent of a child who had (and has) trouble spelling because of a vision problem, I felt Thomas’s pain perhaps a little deeper than most parents.

Now I’m not sure if Thomas has a vision problem.  My guess is he just raced through the answer and made a simple mistake.  We all make spelling mistakes.  But you could see it in his face after Trebek shot down his answer.  He had the right answer. He just got bounced on a technicality.

I often felt the same way when my daughter would reverse letters, or spell things incorrectly.  She has the correct answer, I wanted to shout out.  She’s right, even if she’s wrong.

My daughter had convergence insufficiency, which resulted in letter reversals and overall poor spelling.  As school approaches, parents will start seeing spelling problems increase with children who have vision problems.  Here is a breakdown of some of the most common spelling issues we see that are linked to functional vision issues:

Reversing letters.  When we saw our daughter writing a b when she meant to write a d, we immediately thought she had dyslexia.  Letter reversals can be a symptom of dyslexia, but they are more commonly a result of a problem with directionality. Ultimately, a child has difficulty understanding the concept of right and left, which is a visual perceptual problem.  A child needs to understand the right-left concept, rather than simply trying to memorize the symbol.

Letter-order errors.  Reversing also occurs in the letter-order of a word.  The child may spell “revresal” instead of “reversal.”  This can be caused by poor eye-teaming and focusing, and once the vision problem is corrected, these reversals will improve.

Poor spelling.  Dr. Kellye Knueppel notes there are two groups of poor spellers.  The first group can study words for a test, write them correctly for the test, but fail to recall the correct spelling a few months later.  The second group simply can’t spell the words right, no matter what.

Getting the child’s vision tested with an examination and perceptual testing can help to determine why the child is a poor speller and how to help.

What to do if you see repeated spelling problems?

I feel the pain of the frustrated child when I watch that Jeopardy clip, but I also remember the pain of parents as they want their child struggle.  What should you do if you see repeated spelling problems?  I’d recommend you take the following steps:

Meet with the teacher. The first thing we did was call our daughter’s teacher and discuss the issue.  We talked about her performance, and we gathered some interesting clues.

I’ll tell you right off the bat that if your child ultimately has a vision problem, don’t be surprised if the teacher is unaware that undetected vision problems even exist.  Functional vision problems, which affect such skills as a child’s binocular vision and processing ability, are not well-known in the teaching ranks.

If your child’s teacher (and reading specialist and other support staff) are uncertain what the issue might be, then ask questions about your child.  Is he or she bright, but struggles with issues such as reading, writing, and spelling?  Do they have behavior issues?

You’ll probably already know the answers to these questions, but if the teacher answers yes, then you may have a vision problem on your hands.

Don’t assume dyslexia first – but don’t rule it out, either.  When we saw my daughter was reversing her letters, our initial fear was that she had dyslexia.  It turned out that she had a vision problem, and I’m glad we had her tested for that first.

That’s an important point that the doctors at The Vision Therapy Center often make.  A child may indeed have dyslexia or ADHD, but if it appears that he or she might also have a vision problem – test for the vision first.

Why?  Because a Functional Vision Test (which is more comprehensive and wide-ranging than a test for 20/20 eyesight) will help you find a quantifiable vision problem.  If there is no vision problem, then fine, you’ll be able to move onto other possible causes.  But if there is a vision problem, you’ll want to address it first.

Make sure vision issues aren’t interfering with your child’s ability to spell.  It should be your first step toward “emancipating” them from a vision problem.   Who knows – the next time he or she appears on Jeopardy, it could come in handy!