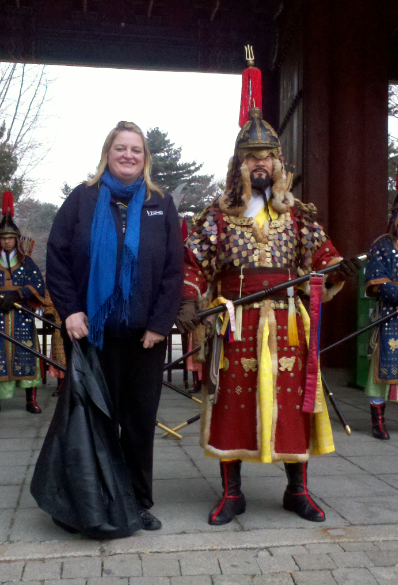 Dr. Kellye Knueppel and Kim Jelinske (aka the Seoul sisters) are in Seoul and PyeongChang, South Korea, to serve as volunteers for the 2013 Special Olympics World Winter Games. We've received a few pictures back from Dr. K and Kim, and we want to share them with you, along with a news release from the Southern California College of Optometry.  (Photo above - Dr. Knueppel at the changing of the royal guard at Gwanghwamun gate.)

Before we get to the pics, let's touch on the news release.  Dr. Knueppel is a 1993 graduate of the Southern California College of Optometry (SCCO), and they recently put out a news release regarding her trip to Seoul.

SCCO faculty and alumni have a history of participation in the Special Olympics Lions Clubs International Opening Eyes program.  According to the program's founder, Paul Berman, O.D., "SCCO was one of the first colleges to get involved with Opening Eyes under the leadership of Doctors Carmen Barnhardt and Eunice Myung Lee and now we have several Clinical Directors and leaders for Special Olympics Lions Clubs International Openings Eyes who are alumni of (SCCO)." 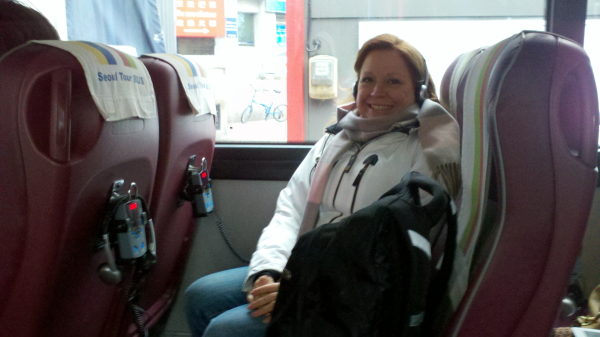 Photo: Kim Jelinske on a bus in Seoul headed toward the games.

The news release details Dr. Knueppel's involvement with the program, and described what she and Kim will do at the Special Olympics:

"In Wisconsin, Dr. Knueppel has served for many years as the Clinical Director for that state's Special Olympics Lions Clubs International Opening Eyes Program and has participated at several state and world-game events.  In addition, she's currently serving as president of the Wisconsin Optometric Association.

At the Healthy Athletes Village, free health screenings are made available to keep athletes prepared for their training and competition.  In addition to vision screenings, volunteer healthcare professionals and students provide screenings in the areas of podiatry, hearing, dental, dietary and fitness." 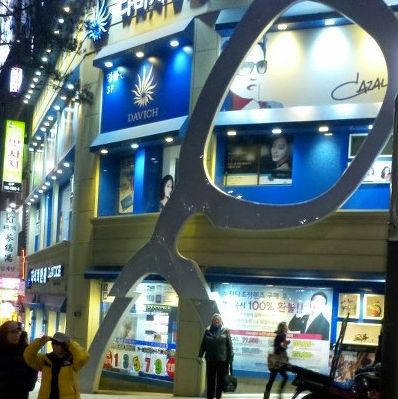 And if you're looking for some tear-jerking moments, here's a video of the lighting of the Special Olympics World Games torch. 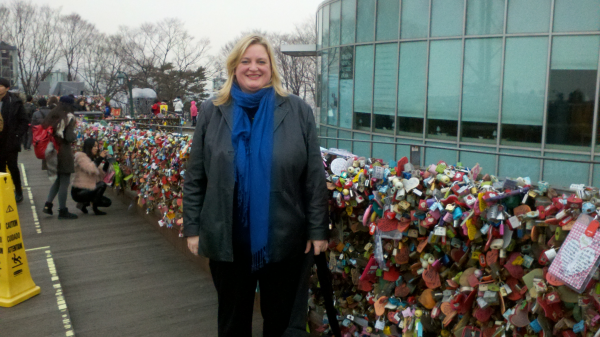 Photo: Dr. Knueppel at the North Seoul tower, with thousands of locks behind her.  Viewers of the Amazing Race might recognize the scene. 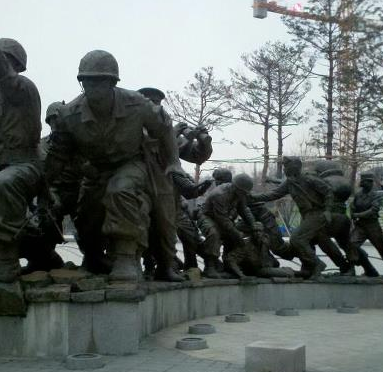 Photo:  At the Korean War Memorial. 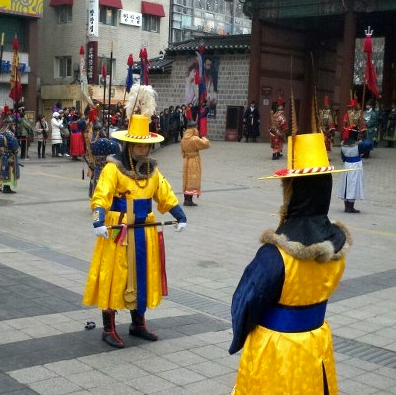 Photo:  Changing of the royal guard at Gwanghwamun gate.