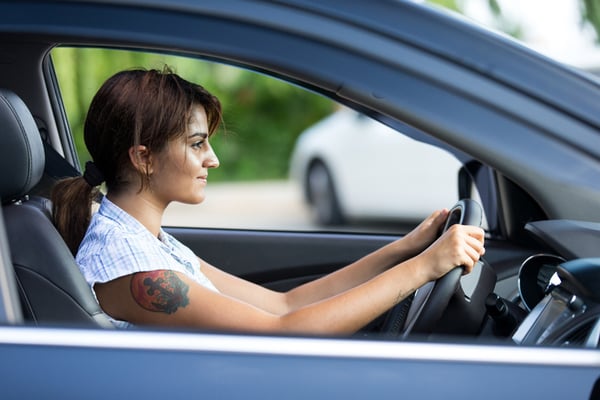 When you get a driver’s license, it’s standard to undergo a “vision test” that uses a Snellen eye chart.  However, this approach does not capture the types of undetected vision problems that can have a serious impact (I hate to use that word in this context) when driving.Undetected vision problems usually involve some type of disturbance to a person’s binocular vision.  This is often accompanied by difficulties with a host of visual skills, including tracking, focusing, and, perhaps most importantly for driving, depth perception.

The Snellen eye chart simply doesn’t test for these types of issues.  It tests your eyesight; your ability to see objects clearly.

This is critical for reading stop signs and street signs, but it overlooks how well you can see objects in space.  Particularly, very large objects traveling at very high speeds.

What areas does poor depth perception affect in your driving?  Consider the following:

1. Parallel parking, and parking in general.  You may have difficulty judging when to turn, or how much space you need.  You may not be able to fit a car into a specific space, as you can’t judge if the space is big enough.

2. Spacing on the freeway.  As you’re driving down the freeway, poor depth perception can make it difficult for you to merge, or to gauge how quickly other people are merging into your lane.  You may also have problems leaving enough space between your car and the car in front of you.

4. Parking in a garage.  You’d think it simple, but if you lack good depth perception, parking in a tight space (or even a not very tight space!) in a garage can be a nightmare.  Dr. Knueppel recalls a patient whose husband actually made her park outside the garage and then let him finish the job, as she was so poor at the task.

The Snellen eye chart is an important part of qualifying for a driver’s license, but it won’t detect those vision problems that could potentially lead to some serious issues.  If you or someone you know struggles with the issues listed here, scheduling a Functional Vision Testis a good idea.