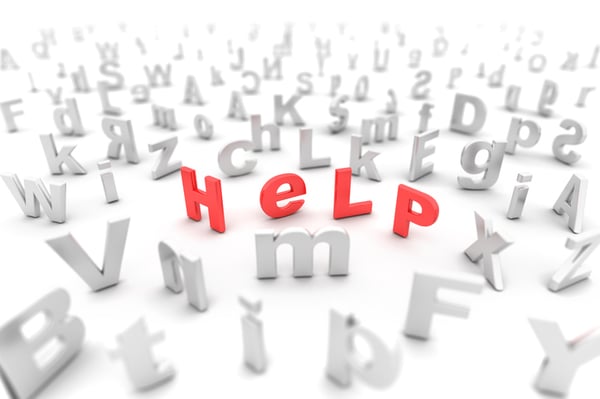 A child who is a poor speller may have problems “seeing” a word written correctly in their mind, which is why any analysis of spelling difficulties in children should begin with a child’s vision.

In this first part, we’ll start out with a look at the common types of spelling errors among children who have vision problems.  At The Vision Therapy Center, we treat patients with a variety of different spelling issues, but here are three general groups we tend to see: 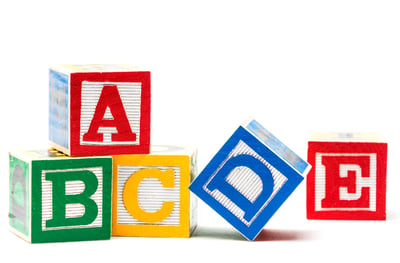 Any of these types of spelling problems we’ve detailed here could be the result of visual problems, including visual skills problems such as focusing, eye teaming and eye movements or problems with visual memory and visualization.

Now that we've isolated the issues, let's take a look at the importance of being able to create a mental image in one’s mind. 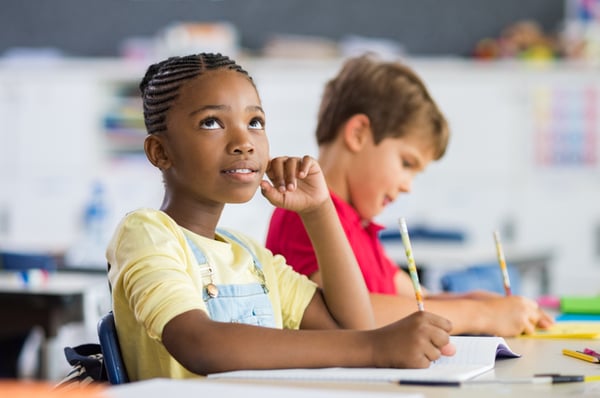 It’s important to know that spelling involves two interrelated systems:  The linguistic auditory-verbal system and the pictorial visual system.  You can read an article by Elliott Forrest, O.D., for more detail, but we’ll try to touch on his overarching themes in this post.

When we learn how to speak, most people learn object names fairly easily through the auditory-verbal system.   For example, you’re shown a table, and told what its name is.  It is an extreme case when a child cannot learn to name objects. They can recall the word through speech and language long before they learn that there are symbols, (letters) that become a word which represents that object when placed in a certain sequence.

The pictorial-visual system in spelling is especially important for recognizing and remembering things visually.  Visual recognition allows you to recognize a current visual input, such as a face, by remembering  the same face in a prior experience.  Visual recall is the ability to remember what a person’s face looked like based strictly on your memory. For spelling, the person needs to be able to recognize the word in order to read it and recall the word to spell it.

Both the auditory-verbal system and your pictorial visual system need to work together to match the visual “picture” of the word with the language.  When we have a patient with a spelling problem, we first always make sure that the physical parts of their visual system are working well so they are seeing clearly. Then we want to see not only how their visual recognition is working, but how they use their visual recall to spell.

The key to using the visual system is the speller’s ability to create visual imagery, or to make pictures in one’s mind.

If a student is a poor speller, he or she is typically not using visual imagery for spelling. In one case, we had a young girl as a patient who thought that it was “cheating” to look at the words in her mind because that made spelling easy! As soon as she knew that this was the way she was supposed to do it, spelling became an easy task immediately.

Another seventh grade girl went from getting D’s in spelling to winning a spelling bee a few weeks later after learning how to visualize words in her mind.

For many people with vision problems, creating visual imagery can be a struggle.  Many of them are able to easily develop this skill when they have achieved consistently clear, single vision through vision therapy. Others have much more difficulty and require basic work on visualization skills before being able to apply it specifically to spelling.

So how do help a child develop their ability to create visual imagery? 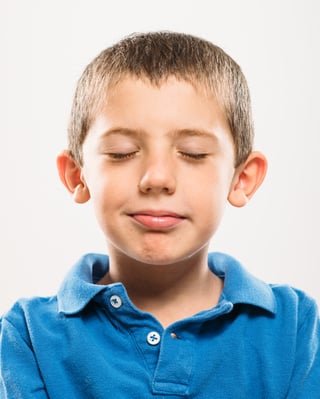 Step one:  Make a picture in your mind

In his paper, “Visual Imagery and Written Language,” Elliot B. Forrest, O.D., provided a great method for teaching imagery.  This can be used one-on-one with a child, or with an entire classroom.

First, ask the child to close his or her eyes.  While the eyes are closed, ask the child if he or she dreams.  Dreaming is a form of visual imagery children can identify with, so it’s a good place to start.

Ask questions about it:  How many scoops? What flavor(s) of ice cream? What kind of cone? Are you holding the cone? Can you change the flavor of ice cream and/or number of scoops? Are you inside or outside? Is the ice cream melting? If the child is making a very solid image in their mind, they will be able to answer questions and describe what they are “seeing” very easily.

Note that some people don’t “see” the picture, for instance, it may look black in their mind, but they still are able to access imaging in a slightly different way. If a child cannot make pictures in their mind and is poor at spelling and memorizing, then a Functional Vision Test is recommended to determine if a functional vision problem is affecting his or her ability to create visual imagery.

Next, ask the student to think about a whiteboard, a piece of paper or a sandbox.  Tell the child to “write” the letters of a word, letter by letter.  Call out those letters for them to “write.”  Make sure you’re using a word the child doesn’t know how to spell.

The goal is for the child to see all the letters together on an imaginary surface.  The only restriction is that the child is not allowed to say the word or the letters to him or herself, just see them. Along the way, ask if any of the letters are disappearing. Make sure that all letters stay solid in the image before adding more letters.

To help build the image and keep it solid, ask the child about how the word looks. How many letters are there? How many vowels? How many tall letters? Did you make the letters capital or lower case? Are there any that consistently want to disappear? What is the third letter?

Once all the letters are there, the next step is to ask the student to “read” the letters off backwards, rapidly.  This will be difficult to do unless the word can be visualized in the child’s mind.

Later in the day, return to the student and ask them to conjure up that word again in his or her mind. “It is still there somewhere since you did not erase it.” Have the child spell the word forward and backwards.  If they have that image locked in, this should be an achievable task.

Using this technique for spelling, Forrest’s clinical experience indicates that after a short period of time, the skill will generalize to reading, and the student will remember words by how they look instead of how they sound. The goal is to work on the process of making and retrieving visual images rather than building a vocabulary of words the child knows.

Putting it all together:  Using visual imagery to become a good speller

We've given you some techniques on how to get your speller started, but now we want to discuss the critical next steps.  As your child or student begins to use his or her mental imagery, here are some important ways to continue  improving:

1. Build confidence.  Perhaps the most important component to becoming a good speller is making sure the child understands that he or she now has the tools to become a very good speller.  They need to stop saying, “I’m a bad speller,” and to instead say, “I can be a good speller” if I start spelling in a different way. 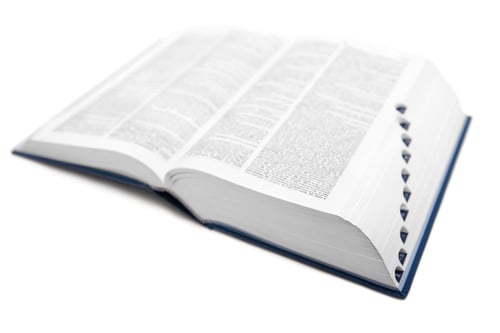 2. Make sure they have a reference source for spelling. To become a great speller, it is important for the child to see the words correctly at all times.  You want them to remember how the word looks when spelled correctly, so be sure to have them correct any misspellings.   In the same respect, if the child is doing creative writing or thinking about an answer, it is also important for them to stay in the flow of writing. Provide them with a quick resource for spelling. This could be yourself, a dictionary, spellcheck on the computer, or a combination of all of these methods.

Earlier in this post, we put you through an entire exercise in developing visual imagery.   Once a child begins to use this technique, it will take time to develop the skill. In the meantime, the child will need to start developing the habit of spelling correctly. This will also help the child imprint words spelled correctly in their mind rather than frequently seeing misspelled words.

3. Make them remember the correct spelling.  With a newfound visual imagery ability, words should now start to materialize in the child’s mind.  It’s very important that as they begin to see words in their mind, they spell them correctly.   They are committing these words to their visual memory, so you want to correct any bad habits they might have had in the past.

It will help for you to check spelling on their assignments and double-check accuracy whenever possible.  If you see an incorrectly spelled word, make the child rewrite the word correctly, so they can see the correct version in the mind’s eye. This works much better when done as soon as possible after the child completes the assignment rather than days later.

As we've noted, one of the key tools for good spelling – visual imagery.  There are a host of other visual problems that could factor into a child’s inability to spell correctly.  We always recommend that whenever you have a child struggling with spelling or school in general, you should consider a Functional Vision Test.