Is There a Lazy Eye Test? 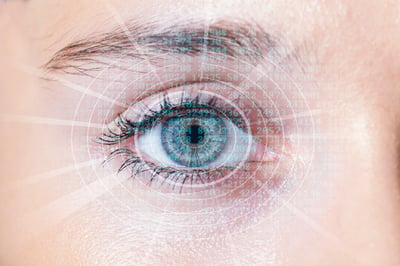 A parent who suspects a child may be suffering from amblyopia is undoubtedly wondering:  Is there a lazy eye test?

First of all, let’s define amblyopia, or lazy eye.  This is a condition where one eye doesn’t see as clearly as the other eye.  It’s caused by poor binocular vision, which results in double vision and ultimately leads to the brain suppressing the image from one eye.  That eye, no longer used as much, thus becomes “lazy.”

So can lazy eye be detected at typical vision screenings at schools?

By definition, lazy eye is a visual acuity problem.  If done correctly, use of the Snellen eye chart can detect amblyopia.  However, people can cheat the test.  We have had adult patients who tell us that as children their lazy eye was not detected because they would cheat by covering the same eye twice or look first with the better seeing eye to memorize the letters. If the screener doesn’t watch carefully, a person with amblyopia may slip through the cracks.  For the most part, using the Snellen eye chart should catch it.

There are other ways to detect amblyopia as well.

You can start by observing your child.  Does the child have difficulty with depth perception?  Do they have trouble catching or throwing things?  Are they always bumping into things?

That type of clumsiness is the result of their binocular vision problems.  Naturally, a child at a young age is developing their motor skills, so you would expect a certain degree of clumsiness.  But having issues throwing a ball or constantly running into things should be a dead give-away.

(It should be noted that there are exceptions.  Some top athletes have amblyopia – they’ve just learned to compensate for their vision problems.   So don’t rule out the potential of amblyopia just because a child can catch a ball.)

If you observe some of these traits, you’ll want to take your child in for a Functional Vision Test.  We recommend selecting a developmental optometrist to conduct this test, as it encompasses much more than acuity.

A developmental optometrist is trained at spotting functional vision problems such as binocular vision issues to determine how much the lazy eye is getting in the way of daily life activities.  They tend to provide a higher level of testing for this visual condition than would be offered as part of a general eye exam.

If you have a regular optometrist, you may want to ask them if they work with a developmental optometrist for additional testing and treatment of binocular vision problems.

Between a typical vision screening and by observing a child’s behaviors, you should be able to detect amblyopia.  Follow up with a Functional Vision Test to truly get to the root of the problem.

To learn more, download our Free Report "Lazy Eye: Understanding and Treating Amblyopia." It provides an overview of the condition, links to research, and details on effective treatments.