Watch Out: Vision Problems Missed by the Snellen Chart

The Snellen chart is commonly used in eyesight screenings to measure visual acuity.  However, it’s profoundly lacking in detecting functional vision problems, which can ultimately lead to a child’s struggles in school.

According to developmental optometrist Dr. Kellye Knueppel of The Vision Therapy Center, the Snellen chart is very useful for detecting nearsightedness.  But it does not help detect issues with eye movement, eye teaming and eye focusing, all of which are visual skills critical for success in school.

“If a child’s eyes don’t work together well it can cause great difficulty with tracking the lines of text across the page of a book or a computer screen,” Dr. Knueppel explains.  “The Snellen chart doesn’t test for this.” 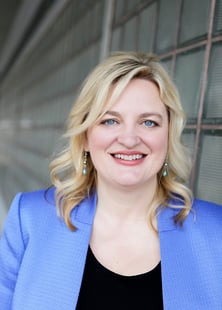 What is a Snellen Chart?

Our Snellen chart definition is quite simple: It’s a chart that is commonly used to measure visual acuity.

Visual acuity refers to the ability to see an object clearly at a fixed distance.  The chart was developed and named after Dutch ophthalmologist Herman Snellen in 1862.

Here’s a great video that provides more details and some historical perspective:

How to Use a Snellen Eye Chart

This eyesight test chart contains eleven lines of block letters. The first letter is very large, and then subsequent rows decrease in size.  A person covers one eye and reads aloud the letters in each row.

The distance at which the Snellen chart is placed is 20 feet (6 meters).  The smallest line of letters that a person can see is a measure of their visual acuity. If a person has difficulty reading the 20/20 line on the chart, optometrists “refract” the eye to determine the lens prescription that allows the person to read that line.

A picture of a Snellen chart

How to Interpret Snellen Chart Results

Snellen chart interpretation is based on fractions.  At the bottom of the chart is the 20/20 line. A person with 20/20 vision can accurately read this line while standing at the test distance of 20 feet.

When is the Snellen Eye Chart Best Used?

The Snellen eye chart test is best used to determine visual acuity.  This is important. However, even if you have “20/20” eyesight you could still have a functional vision problem.

Functional vision is how your entire visual system -- the eyes, the brain, the visual pathways -- work together to help you interact with your environment. Functional vision includes the following visual skill areas:

Because the Snellen eye chart only tests visual acuity, a vision problem in any of these areas may go undetected.  Functional vision problems do, however, include a wide range of detectable symptoms, including, but not limited to:

To see a full range of symptoms of a functional vision problem, click here.

Is There a Functional Vision Test Chart?

So, if you’re trying to detect a functional vision problem, are there different types of eye charts besides the Snellen test that could be used?

With functional vision, all the important visual skills need to be tested, and they require different types of tests -- beyond just an eye vision chart like the Snellen.

In this expert interview, Dr. Kellye Knueppel explains what tests are used beyond the Snellen eye chart.

These tests are for typical learning-related vision problems. They include testing for the following skills (and visual acuity as well):

Perceptual testing may also be required, and it includes testing skills such as:

We share these skills not to overwhelm you with medical terminology, but to show you all of the components that make up your vision.  Visual acuity is just one of many skills!

A Surprising Problem With the Snellen Chart: Cheating

Because the Functional Vision Test is so in-depth, it’s impossible for a student to “cheat” on the test.  That’s not necessarily the case with the Snellen eye chart.

In the cases of children worried about wearing glasses, they can often remember the sequence of letters, and then repeat them back when an alternate eye is tested.

“I’ve even had patients peek without knowing they are doing so,” Dr. Knueppel recalls.

If you or your child are exhibiting some of the symptoms we mentioned here, you should strongly consider a Functional Vision Test.  Remember, testing visual acuity is part of the exam, so you’ll still get to see our old friend the Snellen chart.

It’s important to remember that a Functional Vision Test is beneficial because so many vision problems are hard to detect, and often children don’t realize they have any issues. Expanding the search beyond visual acuity could help you find these problems, and potentially discover the root cause of a child’s learning struggles.

With a functional vision problem, one of the most effective ways to detect a possible issue is by identifying typical symptoms.  To determine if you or your child might have a vision problem, take the Vision Quiz!