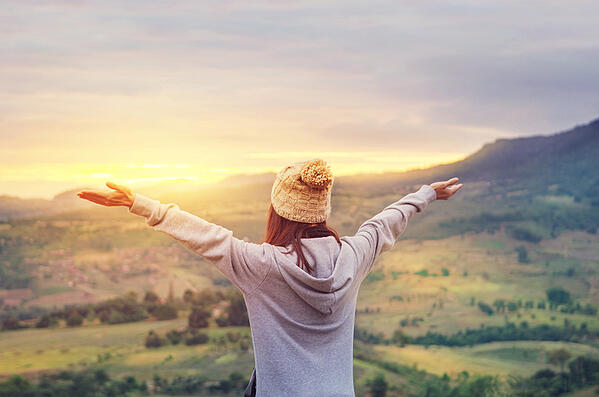 When I was a kid, I never gave much thought about my classmates who couldn’t play sports very well.  It seemed like there were just some kids who just couldn’t cut it.  You’d throw a ball at them, and they’d flinch like it was a hand grenade.  Talking to Pamela Amling about her daughter Grace made me realize that many of those kids probably had vision issues.  I can only hope they turned into a vision therapy success story like Grace.Grace’s story begins when she was in second grade.  Her classroom teacher was concerned about her reading.  “She wasn’t reading at grade level,” said her mother, Pamela.  “She’s a bright girl, and we knew something was wrong.”

Karen Herz, a reading specialist Grace’s school, told the Amlings that Grace had nothing wrong with her cognitive abilities; there was instead a problem with her eyes.

By the time Grace reached the 4th grade, the problems had become more pronounced.  “She was using all kinds of adapting skills to keep up,” Pamela recalls.  “She used a lot of auditory skills to listen to what was being read.”

The increased academic challenges soon became too much to overcome.  Teachers remarked that Grace was struggling more and more.   This time, the Amlings took Grace to The Vision Therapy Center for a Functional Vision Test.   The test revealed a number of vision issues, and Grace began vision therapy.

The Amlings noticed almost immediate improvements.  “Once she started going through the process, within six months she was up two grade levels,” Pamela recalls.  “She never would have been able to read this efficiently without vision therapy.”

Like my memories of kids struggling in sports, Pamela thinks back on her daughter playing soccer goalie.  She remembers how Grace used to flinch when a ball came her way.  “We used to say, ‘stop flinching.’  It was kind of a joke.”

Symptoms such as flinching at a thrown ball are an indication of a vision problem.  I wish now I could have shared Grace’s story with all those struggling kids on the playground.  Hopefully, this story will make its way to their parents, so they, like the Amlings, can help their kids overcome their vision problem.

The Vision Therapy Center has helped over 2,000 people overcome vision problems since 1995, and has -Download Your Free Vision and Learning Guide.