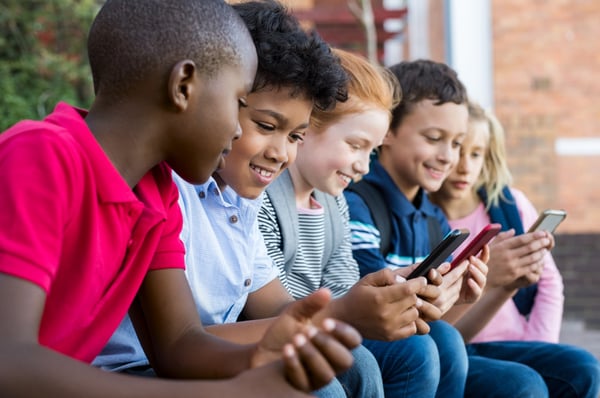 New technologies always produce unintended uses.  For smart phones, you can now add “babysitter” to the list.  From infants on up, parents are allowing children to use smart phones more and more – often impacting their functional vision in a negative way.  Here are some tips to help you avoid big problems down the line.First, let’s be clear about what “functional vision” is.  Don’t confuse functional vision with your visual system’s acuity, the ability to see objects clearly.  Functional vision is essentially your ability to accurately perceive visual space, or “see an object in space.”  Depth perception, tracking an object, following a line of text – these are all examples of how you use functional vision, and they all involve the three-dimensional world.

To work effectively in this three-dimensional world, your eyes must have the ability to focus on objects near and far.  They must also work together as a team, focusing on a single point on an object so that your brain can effectively combine the two images into a 3-D object.

When you’re constantly looking at a computer screen, your eyes are subjected to visual stress. Constant exposure to visual stress without breaks can cause a person with functional vision problems to become symptomatic (i.e. eyestrain, eye fatigue, headaches, blurry vision) or can cause a person with normal functional vision to develop a problem.  We’ve touched on the increasing vision problems computer programmers are experiencing in Bangalore, India.

Smart phone usage is likely to increase, not decrease, in the coming years.  Kids are going to use them, and so are parents.  So what can we do to prevent functional vision problems from occurring, much like they are in Bangalore?

We can use these devices properly, in a way that won’t damage our functional vision.

Balance is the Key

According to Dr. Kellye Knueppel of The Vision Therapy Center, there are a number of guidelines parents should follow to ensure smartphone usage (and computer usage in general) won’t affect their children’s functional vision:

1. Use the Harmon Distance.  If your four-year-old is going to use a smart phone, make sure they don’t hold the phone too close.  Instead, they should use the Harmon Distance, which is measured by placing a closed fist under the chin, and then holding the smart phone at the tip of the elbow.  The smartphone should not come any closer than that distance.

Here’s an article we wrote on the Harmon Distance, which also applies to desktop computer usage and reading in general.

2. Balance Smartphone Usage with Playing Ball.  Your kids can use a smartphone, but they must balance their usage with time spent engaging in activities to exercise not only their bodies, but their functional vision. 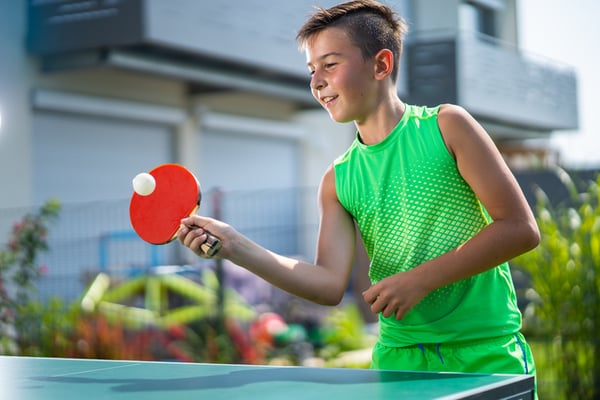 For every hour of screen time, kids should engage in ball-related activities such as Ping-Pong, tennis, baseball, Frisbee, football, soccer – anything in which an object is moving through space.  It doesn’t have to be a competitive sport.  Playing catch is ideal.  We want them to use their functional vision to perceive objects moving in space.

One note:  If your child truly struggles at playing catch, it’s an indication that the child needs a Functional Vision Test.

3. Reading is Not a Substitute.  What about the kids who don’t play on a smartphone, choosing instead to read all the time? Parents generally extoll kids to read as much as possible. 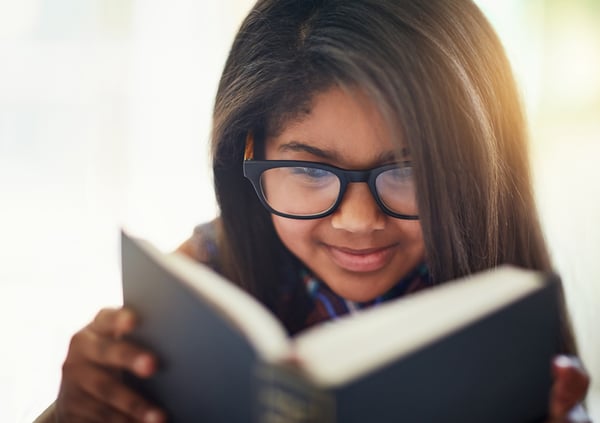 It’s great for the mind, yes, but as Dr. Knueppel points out, not necessarily for the visual system.  Just like with smartphones, your eyes are being exposed to visual stress.  The kid who does nothing but read may experience functional vision problems down the road, just like the smartphone users.

What’s Your Next Step?

We’ve listed some guidelines.  Now the big question:  How do you implement them with your kids?  Here are some ideas:

Smartphone usage is expected to increase over the coming years.  Seventy-eight percent of 12 to 17-year olds have a cell phone, and 37 percent have a smartphone.  Those numbers will increase, as will their usage.  We’re saying if you can’t beat ‘em, join ‘em – but join ‘em in a healthy way.