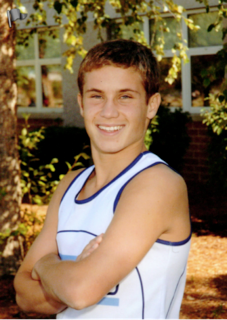 Even someone who writes about vision therapy on a regular basis can miss the symptoms – or lack thereof – of a functional vision problem.  This was the case of my son Sam, whom I’m proud to say is the latest of our vision therapy success stories.

My son was frustrated.  A bright kid, he generally had to ask for extra time to finish a test, and he spent hours doing homework.  Ironically enough, it was the same experience we’d had with my daughter eight years earlier.

At the time, my daughter Anna fit the profile of so many children (and adults) we write about on the Discovering Vision Therapy blog.  She was bright verbally, but struggled with reading. Anna was diagnosed with a convergence insufficiency.

Fast forward to today, and my son Sam.  While Sam has always carried good grades, he still struggled with test-taking and homework.  This was partially due to his desire to turn in high quality work, but also because of what we always considered were some processing difficulties.

As I mentioned, Sam has always been strong academically, and he’s never complained of headaches, watery eyes, or displayed disruptive behavior.  Without even one of the telltale symptoms, we never thought Sam could have a problem.

Nevertheless, we scheduled a Functional Vision Test at The Vision Therapy Center.  The results?  He had a convergence insufficiency, and would need several months of therapy.

I’ve been blogging for The Vision Therapy Center for years, and I’ve written countless article posts about what parents should look out for.  So why didn’t a guy who writes about the stuff every day catch the problem?

The Vision Quiz and a Functional Vision Test

First things first:  If parents think their child might have a vision problem, they should go to our website and take the Vision Quiz.

If I plug in Sam’s symptoms on the quiz, he gets a score of 8.  If you get a score of 20 points or more, or the persistence of 1-2 symptoms, you need a Functional Vision Test.  In Sam’s case, he had just a few symptoms, but they persisted.  (We’re going to make that more prominent on our website, FYI).

When we took Sam in for a Functional Vision Test, they spotted the problem.  It was an invaluable lesson that a regular functional vision exam is critical for your child’s test.  Simply the depth and breadth of the exam, in which all aspects of functional vision are tested, ensures you’re covering all the bases.

In Sam’s case, he’s an amazingly hard worker, and determined to get through school as a straight “A” student.  He’s always managed to overcome his processing issues by working diligently and for long hours.  He fights through, like so many people with functional vision problems.

We never would have known unless we’d scheduled the Functional Vision Test.  Takeaway:

1.  When in doubt, take the Vision Quiz and be sure you understand what the score means.
2.  Schedule a Functional Vision Exam

Vision Therapy With a High Schooler a Different Challenge

It was time for another round of vision therapy for our family.  My wife and I knew that Sam would be in for a challenge with his vision therapy.  But it would be a decidedly different one than my daughter had experienced back in first grade.

For one thing, Sam was fully aware that his processing issues were causing him to score lower on standardized tests and take longer to finish his work.  No one was more frustrated than he was, and he was eagerly in search of a solution.

Another difference was that because of Sam’s age and independence, the role my wife and I played in his treatment would be in more of an oversight capacity, and less hands-on with the activities.

Sam worked with the therapist and knew exactly what he needed to do for activities.  My role was to remind him to do the activities on a regular basis (I wrote a post with some tips on how to do this effectively).

Unlike the struggles of getting a first-grader to participate in vision therapy, Sam has had his eye on the prize from the get-go.  While he doesn’t exactly enjoy the activities or the 20-30 minutes it takes from his ridiculously busy schedule, he’s made the time.  He wants to get better.  He wants to improve.

And he has.  Sam started vision therapy around the beginning of November.  He’s worked diligently, and about two weeks ago, we achieved our first breakthrough.

Sam had a series of tests in different classes.  In all of them, he either finished during the class or was not the last one to complete the test.  He said he felt focused and was able to concentrate on the problems.  He also scored at the top of his class on all the work.

While we’re declaring vision therapy a success based on the speed in which he’s now taking tests, we’re eagerly looking forward to June, when he retakes his standardized ACT scores.  In the past, he’s done exceptionally well on the parts of the test he’s had time to finish.  Because of his processing issues, he never finishes two parts of the test, and his score suffers.

I’ll report back in June, hopefully with even better news than this post.  Regardless of those results, we’re happy Sam’s vision has improved.  It also serves as an invaluable lesson to parents: Even one or two symptoms may be an indication your child has a vision problem.  When it doubt, get a Functional Vision Test.