ADHD Misdiagnosis: Functional Vision Problems Could be the Culprit 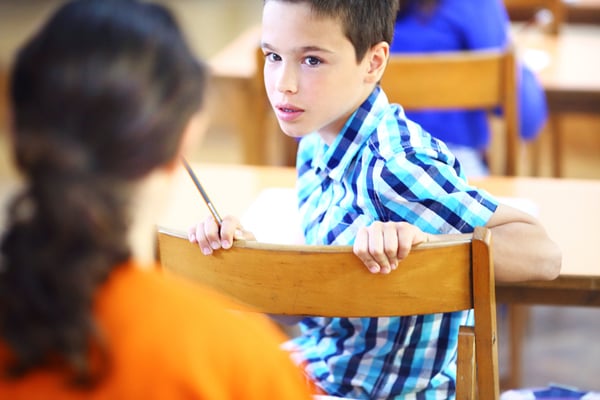 If your child is displaying poor attention in class, don’t be too quick to assume they have an attention disorder. Symptoms of functional vision problems can closely resemble attention deficit hyperactivity disorder (ADHD).

Note: ADD (attention deficit disorder) and ADHD are sometimes used interchangeably. However, ADD is better understood as a version of ADHD. More specifically, what used to be called ADD is now referred to as inattentive ADHD.

According to the Centers for Disease Control and Prevention (CDC), more than 6 million children have been diagnosed with ADHD. While some children really do have ADHD, it’s important to know that functional vision problems can also cause many of the same symptoms. 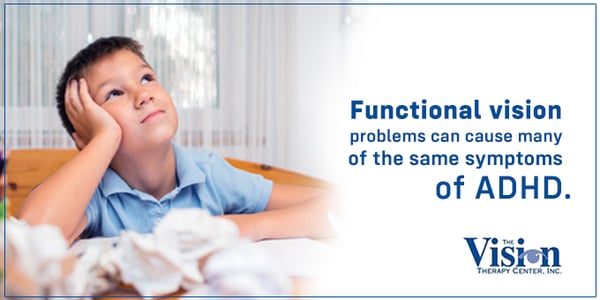 At The Vision Therapy Center, we’ve had many cases in which parents have brought in a child diagnosed with ADHD, only to discover that many (or all) of the child’s symptoms could be attributed to a functional vision problem.

What is a Functional Vision Problem?

Functional vision is about more than seeing 20/20 on a vision chart. It’s a set of learned and developed skills that a person uses to gather and process visual information. 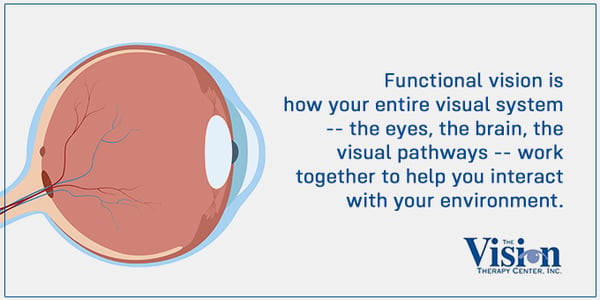 More specifically, functional vision is how your entire visual system -- the eyes, the brain, the visual pathways -- work together to help you interact with your environment.

Eye teaming. This is when the eyes align to focus on the same point and work together in a coordinated and precise way. Good eye teaming allows for effective depth perception and vision that’s efficient, single, and comfortable.

If the two eyes are not both aligned at the same point, the brain won’t be able to correctly combine the image from each eye. When this happens, a person will experience double vision and lose 3D depth perception. Poor eye teaming may also lead to eyestrain and fatigue.

For example, a person may have difficulty keeping reading material in focus and may experience intermittent or constant blur. Or a student may be able to see the text in a book clearly but have difficulty shifting focus from the book to the board and back.

Following a fly ball into your glove and moving your eyes across this line of text both require accurate and efficient eye movements. Maintaining eye contact when listening is an example of sustaining fixation on a stationary object.

For children, when the visual skills that enable good functional vision don’t operate properly, symptoms -- and behaviors -- like the following can appear: 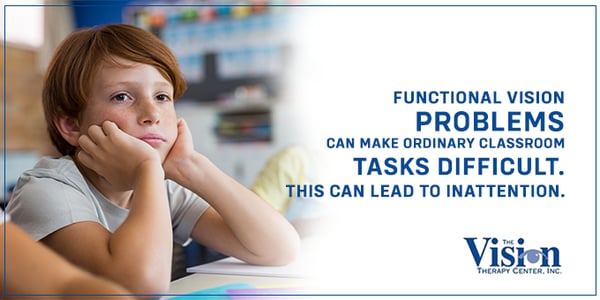 1. Difficulty paying attention in school. Children with functional vision problems can have trouble with one or more of the vision skills described above. This can make ordinary classroom tasks much more onerous.

Understandably, when students struggle with these tasks, they may grow frustrated and/or fatigued, become fidgety, give up their efforts and stare off into space, or start talking to a nearby student.

In other words, the vision problems can lead to inattention. 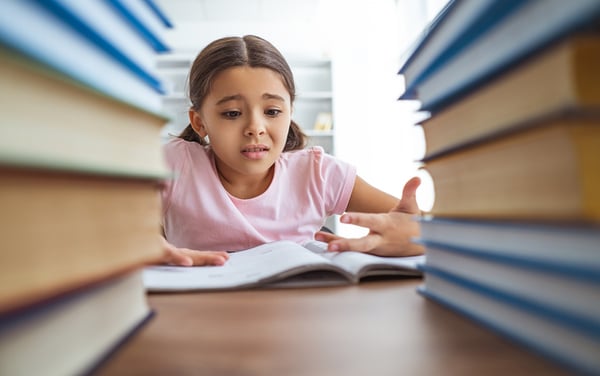 2. Trouble with schoolwork and reading. Difficulty with eye teaming makes it challenging to see a line of text as single and clear when reading.

That means the act of reading takes more effort than it should and results in varying degrees of visual discomfort. Some children push through the discomfort and read at a slower rate, but others may simply stop trying.

The teacher might see a student like this as someone who can’t stay on task and constantly needs redirection. But in reality the child is just frustrated and doesn’t know how to ease the discomfort.

3. Not responding normally when spoken to directly. A functional vision problem can negatively impact a child's ability to process what is seen and integrate that with other senses being engaged.

For example, if a child is trying to focus on the words on the board, they might have to work twice as hard as everyone else. As a result, they might not be able to process what a teacher has just said to them because they’re concentrating so hard on seeing and understanding what’s on the board.

4. Missing details and making careless mistakes. Children with functional vision problems often have a limited window of time in which they can comfortably complete near work, which includes activities like reading, writing, and other kinds of homework.

They often feel the need to rush through near work to avoid symptoms like blurry vision, double vision, headaches or eye strain. This can result in poor attention to detail and careless mistakes.

The Striking Similarities Between ADHD and Functional Vision Problems

In school, children with ADHD often have difficulty focusing. They may also fidget or squirm in their seat, appear careless in their work, and/or fail to follow through on instructions.

Does this sound familiar?

As you learned above, functional vision problems in children can produce a similar set of symptoms. In fact, the overlap is so profound and distinctive that we’ve compiled a chart comparing the symptoms side by side.

Sources:
*The Centers for Disease Control and Prevention’s shortened form of ADHD criteria based on the Diagnostic and Statistical Manual of Mental Disorders, Fifth Edition (DSM-5)
**American Optometric Association 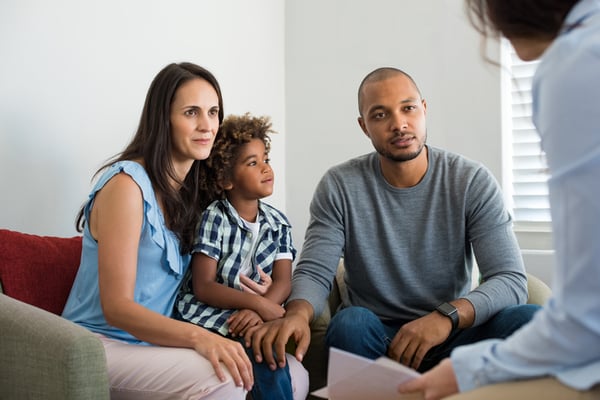 What Every Parent Should Consider Before Medicating for ADHD

If ADHD is suspected or even diagnosed for your child, we recommend that the first thing you do is rule out a functional vision problem by having your child tested.

Many people -- including physicians -- don’t realize that vision problems can create many of the same symptoms as ADHD.

Another reason to test is that many children have both a vision problem and ADHD.

How Can You Know for Certain?

If your child displays the symptoms we’ve discussed, how can you tell if it’s ADHD or a vision problem?

If the exam reveals a functional vision problem, we know for certain that it’s contributing to the difficulty with attention.

In fact, it’s critical that functional vision problems are identified because they can be treated with an individualized program of optometric vision therapy.

We won’t know for certain how much a child’s functional vision problem is affecting attention until the program has been completed. If there are remaining symptoms, it will be easier to determine if they can be attributed to other factors, such as ADHD.

Note that in many cases vision therapy is sufficient and can resolve a host of problems your child was experiencing.