Does Hollywood Make Being Cross-Eyed a Stigma? 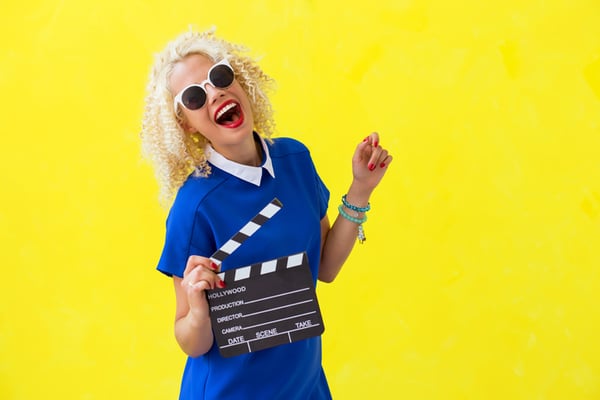 There he was again – another cross-eyed actor, cast specifically because he was cross-eyed.  It was yet another example of Hollywood ridiculing people without understanding the consequences of those receiving the abuse.The movie was Grown Ups and the actor was Jonathan Loughran.  In the film, Loughran portrays a small-town lout whose most defining characteristic, besides his lack of intelligence, is a pronounced eye turn.

Is Loughran really cross-eyed?  Naturally, I turned to my old friend Google to find out.  A glance at his bio photo reveals indicates he doesn’t have the pronounced eye-turn (it’s referred to as “strabismus,” by the way) he exhibits in the movie.

He has, however, made a bit of a living off the cross-eyed portrayal.  He was also in Water Boy, doing the same schtick.

I tried to dig deeper, to find out if Jonathan Loughran really is cross-eyed.  He has a page on Wikipedia, naturally, but no mention of being strabismic.  A visit to Cha-Cha, the website that has all the answers, indicates he does not have an eye-turn.

Yet he seems to have gained favor with Adam Sandler, who routinely casts him in his films, including Grown-Ups 2.  Look, I’m not a prude when it comes to humor.  But the jokes in this film were flat-out bad, cynical at best, and Loughran’s cross-eyed character is a perfect example.

Not that we haven’t seen strabismics wheeled out for laughs before.  Donald Gibb, best known for his role as Ogre in the Revenge of the Nerds movies, may or may not have strabismus, but it sure has been a boom for his career.  In fact, you still see him today in Capital One commercials as a mace-wielding pillager.

Looking at his bio picture on the bottom, he does appear to have a bit more of an eye-turn. I couldn’t find any definitive information on whether or not the eye-turn was real.

The truth is, it doesn’t matter.  There’s no denying that the “comic” reason for these roles is the eye-turn, incorrectly referred to as “lazy eye.”  Characters in Hollywood with strabismus are generally portrayed as either a joke or creepy, and no one really gives it a second thought.

I’m not sure they understand the ramifications.

Am I Being Politically Incorrect or Is There a Problem Here?

The “politically correct” movement often rises to the aid of those being discriminated against on the basis of race, creed or sex.

There are those that chide the PC movement as being over-sensitive and infringing on our free speech.  In other words, “lighten up,” or, “it’s just a joke.”  But is it a joke to the millions who have strabismus?  Not at all.

The Hollywood portrayals hard-wire their way into the minds of the public, especially those afflicted by strabismus.  We become desperate to correct the eye turn, and we should.  But is our desperation aimed at the wrong problem?

The problem, as any developmental optometrist will tell you, is that with the primary focus being placed on correcting the aesthetic, we’re missing out on the functional vision issue.

With strabismus, the eyes often don’t look at the same place in space.  A person may have 20/20 eyesight and be able to see objects clearly, but if the eyes can’t focus at the same point, then visual skills such as eye-teaming, tracking and focusing become affected.

When these skills are compromised, children and adults have problems tracking text on a page when reading.  They may not be able to follow a ball through the air and catch it.  They may not be able to concentrate for long periods of time, or become fatigued from eyestrain.  We’ve published numerous posts on strabismus – we encourage you to read more about the condition.

In some cases, those eye turns can be corrected, or at least improved through vision therapy.  Yet the kneejerk reaction is to treat the cosmetic issue before the functional one, to pursue a surgery option, despite the inherent risks.

Yet the stampede to the operating room will continue as long as Hollywood – excuse me, society – continues to make fun of people who are cross-eyed.

Is Hollywood to blame?

I’m not a big fan of pointing the finger at Hollywood.  I view them more as a reflection of ourselves than as a force that sets the cultural norms.  Sandler and company are out to make a buck, and if their cash registers ring, they’ll continue to make fun of strabismics.

That doesn’t mean we can’t do something about it. How about the next time you see a person with strabismus on the big screen, don’t laugh.  Don’t say a word, don’t crack a smile.  In fact, ask your friends and family – especially our kids - if they think that being cross-eyed is really funny.  Let’s communicate with each other about this issue, and discuss the best way to cure it.

And hey, if Donald Gibb or Jonathan Loughran is really that hard-up for cash, maybe they can become our reformed spokespeople?  Seems like fitting penance, don’t you think?