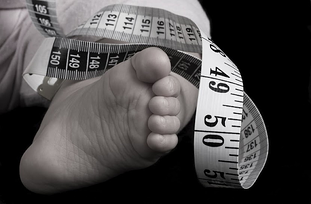 Audrey Engelbart was between 18 and 24 months old when her mother Dawn noticed her eyes weren’t quite right.  One of them appeared to be turning out, a condition known as infantile strabismus.  But as the Engelbarts were soon to discover, their daughter’s eye problems was more than cosmetic.

Infantile strabismus is an eye turn in any direction.  At first, Dawn wasn’t entirely sure if Audrey had an eye turn.  She noticed it in her daughter for several days, so she checked with a friend.  Her friend agreed – the issue was noticeable.

Dawn, an Occupational Therapist (OT), acted on the problem right away.  She visited an optometrist who told her that her daughter “was too young” to do anything.  Dawn figured she’d done what she could, but Audrey’s eye turn kept nagging at her. Couldn’t something be done?

Dawn found her answer when she attended a presentation by two OTs who specialized in stroke victim rehabilitation.  She described Audrey’s issues, and was given an unequivocal response.  “She told me about The Vision Therapy Center,” Dawn recalls.  “And she said I needed to call them and stop fooling around.”

The Engelbarts took Audrey, who was two and a half, in for a visit.  She was evaluated and the doctors told her that she had Intermittent Exotropia – a form of Strabismus.  The fact that there were issues beyond their daughter’s appearance suddenly made sense to the family.

In retrospect, the Engelbarts realized that unusual things were happening with her daughter.  Audrey was constantly knocking over her sippy cup, for example.  “When she was reaching for it, she would reach in the wrong spot,” Dawn says.  “She had no idea where it was.”

After the evaluation, The Vision Therapy Center doctors didn’t start Audrey on vision therapy.  They recommended a home program, with a reevaluation every six months.

Audrey’s functional vision problems continued, however, and at the age of five, she began vision therapy.  Attending office visits once a week and practicing vision therapy activities at home, Audrey worked to improve her exotropia.  The work was difficult, but soon results were apparent.

Her ability to see objects in space has also dramatically improved.  Where she once could not kick a ball until it was right in front of her, now you can roll a ball to her and she kicks it.  She’s also a “rock star at basketball, because she can see where she’s throwing it.”

As a testament to the effectiveness of the program, Dawn notes that after graduation, Audrey started to backslide when she stopped doing her activities.  The family was supposed to continue with activities four times a week, but they got a bit lax on the follow-through.  At Audrey’s next evaluation, the Engelbarts learned she had regressed.

“The exercises absolutely work, but you have to be consistent,” Dawn says.  “When Dr. Knueppel tells you to do it something, you need to do it.”

The family’s decision to opt for vision therapy over surgery to correct Audrey’s exotropia was an easy one.  “I don’t understand why people want to hop on the surgery bandwagon,” she says.  “Vision therapy is not voodoo.”

As an occupational therapist, Dawn can’t understand why people believe in exercising your body, but don’t think the same thing applies to the eyes and the visual system.  She’s thankful to have discovered The Vision Therapy Center.

“The last thing you want to do is put your child under the knife,” she says.  “Vision therapy was time-consuming, but it was worth every minute and every penny.”