The Key to Overcoming Your Functional Vision Problem 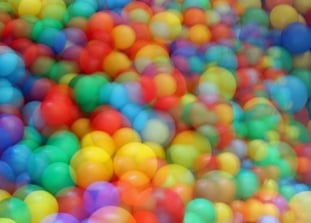 When it comes to any health problem, it's the symptoms that facilitate resolution. Symptoms are like a road map, steering us toward effective solutions. Sometimes these symptoms are quite clear – they tell us with no uncertainty what is ailing. Other times our symptoms can be far more ambiguous. With functional vision problems, this kind of ambiguity is common -- its symptoms are routinely misinterpreted, leading to misdiagnosis.

For people suffering from a functional vision problem, their journey towards resolution often times follows a less than straight path. Based on their symptoms, they may first be told they have Attention Deficit Hyperactivity Disorder (ADHD) or another type of behavioral problem.

This is where a good understanding of the symptoms can help steer you more directly towards getting the help you need.

When it comes to one’s functional vision – that is, how the brain uses the eyes to see the world – there are some common symptoms that can be experienced when it is not working well.  Here are seven examples:

1. Double Vision and Poor Depth Perception: When looking at an object, if the eyes are unable to focus on the same spot, double vision can occur. This can happen in people with binocular vision problems like convergence insufficiency or excess and also in some cases of strabismus, in which one or both of the eyes is turned.

2. Transposing Letters or Mistaking Left for Right: People with functional vision problems often have difficulty with laterality, or the ability to distinguish left from right. It follows that they will also struggle with directionality, distinguishing shapes, such as letters, when they are in different orientations. For example, a “b” might mistaken for a “d,” “p,” or “q.”

3. Confusing Similar Words: Visual discrimination is the ability of an individual to be aware of the distinctive features of forms, including shape, orientation, size and even color. When this isn’t functioning properly, similar words, such as “want” and “what” can be confused.

4. Slow Reading Rate: For someone with a poor span of recognition, reading is not easy. In order to read text, they may have to make multiple fixations on a single word instead of just one or two, making reading a stressful and unpleasant experience.

5. Difficulty With Spelling and/or Math: Someone who isn’t able to create mental images of objects is struggling with poor visualization. When the brain isn’t able to accurately conceptualize numbers or see the correct spelling of a word, spelling and math won’t come easy.

6. Losing Place While Reading and/or Trouble Catching a Ball: When one follows a line
of text in a book or sees a ball travel through space, he or she is employing their visual system’s tracking capabilities. The brain controls how the eyes move to track an object moving in space or to look from one object to another. When one struggles in this capacity, he or she loses their place easily while reading and/or has difficulty catching a ball.

7. Clumsiness, Difficulty Sitting Still, Poor Performance in Sports: Orientation is a person’s ability to know where they are in relation to other people and objects. Someone with poor orientation may exhibit clumsiness, restlessness and poor performance in sports.

Now that you are aware of the common symptoms of functional vision problems, we’d like to share examples of real individuals who have struggled with some of these symptoms and how vision therapy changed their lives.

Paige: Suffering from double vision and depth perception, Paige was seeing two of everything and couldn’t read from a book, even when she moved it within inches of her face. She began to display hyperactivity and her eyes were often red and watery.

After a thorough examination, it was determined that Paige had convergence insufficiency and intermittent exotropia. She completed a program of vision therapy to address her vision problems. Today, Paige excels at reading, and is doing exceptionally well in school, seeing “only one” of everything. She is calmer and happier, saying “Vision therapy has changed my life forever!”

Christopher: As a toddler, Christopher would get antsy when his parents read to him. At the age of three he developed a paralyzing fear of bridges and soon of stairs and elevators.

As he got older, his struggles in school escalated. He became anxious, developing motor tics in his hands and arms while writing or playing. After multiple inaccurate diagnoses, a teacher of Christopher’s referred his parents to The Vision Therapy Center.

After examining Christopher, Dr. Kellye Knueppel determined that he was suffering from convergence excess. He was prescribed special glasses to help his eyes relax, and started a nine-month vision therapy program. Today, Christopher enjoys school and even homework. In his words, “the letters stopped turning upside down.” And he no longer has tics or bouts of anxiety.

Meet more of our success stories and download our Vision and Learning Guide to learn more.