Vision Therapy Community Rises Up and Responds to Article 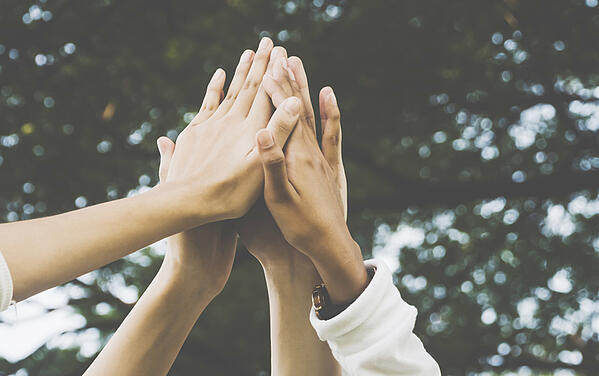 Applause goes out to the vision therapy community – optometrists, parents, patients – for rallying against the naysayers.  Or in this case, one naysayer, who published an article recently in The Chronicle of Social Change that was long on bias, and short on facts.  Fortunately, there were plenty in our camp to refute the article, and send a message that this type of irresponsible journalism will definitely be met with a response.If you’re not familiar with the article, it appeared on a website called The Chronicle of Social Change.  Entitled “Vision Therapy to Address Learning Disabilities?  One L.A. School Official Says ‘Scam.’”

The article was written by a freelance reporter named David Kolin.  He quotes James Astle, an LAUSD assistive technology assessor, as saying the district’s vision therapy program is a “scam.”  Astle says optometrists pursue vision therapy because it is cheap and simple to deliver.  “Seriously, it costs them nothing.  There are certain benefits to it.  I just don’t think they’re the benefits that parents are expecting or that the optometrists are claiming, that it will help with reading and learning disabilities.”

The article then brings in Sheryl Handler, co-author of a joint technical report from the American Academy of Pediatrics entitled “Learning Disabilities, Dyslexia and Vision.”

“Handler contends that vision problems are caused by the reading disabilities, not vice versa,” the article continues.

Handler then proceeds to bash studies supporting vision therapy, saying they are not, as the article states, “scientifically valid because the sample sizes were too small or the studies were not appropriately controlled.”

Naturally, the reading problems stem from our educational systems because, as Handler says, “Teachers in teacher training are not being taught in reading and reading instruction.  It has not been properly incorporated in teacher colleges so they cannot teach children right…so they look for other reasons kids have problems [learning to read].”

“Handler contends that the discrepancy in reading ability occurs because some students learn how to read prior to their first years of schooling.  However, other students have not had the same preparation, already creating a rift between various levels of reading.”

By this point, I was fuming, and my wife, who is a fourth grade teacher who excels at getting children not only to read, but to love reading, was fuming too.

Handler would probably shrug off the fact that every year, Sharon encounters three to four struggling readers in her class.  And every year, the ones that undergo vision therapy experience unbelievable improvement.

But I’m getting off track.  My true source of pride was seeing the vision therapy community rally to the cause.

There are those who blast social media, but I, for one, think moments like these are where it shines.

The simple truth is that thanks to social media, it’s very difficult to use mass media to pull the wool over someone’s eyes.  Now that anyone and everyone has the ability to publish content, we can respond directly to an article of this nature.

And did the vision therapy community ever respond.  Once word of this article was tweeted around, the comments came quickly.

I was impressed by the mix – optometrists, parents and even a neuroscientist (thanks Dr. Sue Barry) all responded.  The comments ranged in emotional pitch, but all presented sound arguments, and included plenty of links to relevant studies.

Applause goes out to the vision therapy community for rising to the challenge.  I invite you to read the article and check out all of the comments. I have published some excerpts below.

PS – For those of you who read the article back in mid-September, please revisit it.  The author has left a comment in response to all the comments left by optometrists and parents that is rather outrageous.

Dr. David H. Biberdorf: “I have always found it curious that for all of the years of talk behind the “no evidence” rhetoric regarding the effectiveness of vision therapy issued by organized ophthalmology, that no-one in their camp has taken it upon themselves to come up with a scientific study to determine why it is that the visual system, unlike the motor system, speech-language system, or auditory system, or somatosensory system, lacks any neuroplasticity and therefore has no effect whatsoever upon learning. What is it about the visual brain that makes it so special, so unique from the rest of the brain? What makes the visual brain the sole modality which is immune to and resistant to therapeutic change? If the science is so easy, as Handler seems to imply, why doesn’t organized ophthalmology simply come up with its own “controlled study” and crush all this vision therapy stuff once and for all? Could it be that this “no evidence” mantra is simply organized ophthalmology’s unscientific confirmation bias run amok?”

Greg:  “This article exhibits Handler’s ignorance of evidence based medicine (EBM). Perception tests are not well evaluated by objective methods and become subject under qualitative forms of study which are written as viable forms of EBM. Qualitative studies then become superior than the quantitative methods which would be the random controlled studies Handler seems to be hinting at.”

Dr. Michael T. Montenare:  “It is undeniable today that the majority of patients who sustain a mild traumatic brain injury will also develop a visual dysfunction. In one retrospective study of 160 individuals, it was found that:

Dr. Dan Fortenbacher: “This article is troubling because it is either an example, at best of terrible misguided journalism, or at worst an intentional act to distort the truth with an underlying purpose to influence state funding of programs in California.

The sad thing is that it continues to perpetuate distortion and myths about serious visual problems that affect millions of children in the US alone. To name a few, these visual problems are dysfunctions in binocular vision (eye teaming), accommodation (eye focusing) and oculomotor (visual tracking) ability as well as visual information processing and visual motor integration- all of which, if delayed in their development, will lead to a child with a reduced ability to perform in visually based learning activities in the classroom, such as reading!

The research is plentiful and yes in the medical journals and text books.

Here are some articles that tell the real story and are all supported with well done research published in peer reviewed medical, optometric and neuroscience journals.

The fact that this author did not even attempt to discuss these truths is reason to discount this article as false and irresponsible.”

Jillian Benoit:  “I have been angry all day about this article. My mother told me about it this morning and, while at school today, I thought about what I wanted to say. So here it goes! This article is pathetic. It’s wrong. It’s harmful. It’s ridiculous. Vision therapy does work. It changed my life and the lives of thousands of people, children and adults, all around the world. That is the story you should be telling.

If you need information, you can start with the book about me, “Jillian’s Story: How Vision Therapy Changed My Life.” Once you’ve read about me, please take the time to read “Dear Jillian: Vision Therapy Changed My Life Too.” You want to write about a scam? Write about the school administrator who is getting paid to pretend he knows what he is talking about while obviously not caring about the kids in his school district.

Susan R. Barry, Ph.D.: There are indeed carefully controlled scientific studies demonstrating the effectiveness of optometric vision therapy. For example, convergence insufficiency is a common binocular vision disorder that affects reading ability. A National Eye Institute-sponsored study of 221 children demonstrated that a combination of office and home-based vision therapy was the most effective treatment for this condition. (See Archives of Ophthalmology, 2008, volume 126, pages 1336-49; also http://www.nytimes.com/2007/09/11/health/11visi.html?_r=0) A further study confirmed that academic behaviors, such as willingness to read and complete homework, were improved following successful treatment of convergence insufficiency. (See Optometry and Vision Science, 2012, volume 89, pages 12-18.) Other binocular vision disorders, such as strabismus (crossed eyes or wall eyes) and amblyopia (lazy eye) also affect reading ability. (See Investigative Ophthalmology and Visual Science, 2013, volume 54, pages 620-28; http://www.journalofvision.org/content/7/2/21.long) Combined, these vision disorders impact more than ten percent of the population. Finally, these vision disorders can be diagnosed and treated by optometrists, but not by psychologists.

Lizbeth:  Such a sad and destructive little article.

What a shame that you might actually dissuade some worried parent out there from getting the help they need for their struggling child.

My daughter’s life was absolutely changed by vision therapy. She was bright and always done well in school. But she couldn’t/wouldn’t read.

She began to hate school and would disappear at the back of the class, head down. Homework was a miserable – whining, crying, cajoling and arguing each night. She complained of headaches and fatigue.

We visited her ophthalmologist and he prescribed patching. It was hard for her, both physically and socially, but she did it. We powered through.

At the end of the process her ophthalmologist declared her vision 20/20 and told me his work was done. When I pointed out that she was having headaches, was miserable in school and couldn’t read he told me to “go back to her school and tell them it was an education problem.”

My mother’s intuition told me otherwise.

A friend recommended we get an evaluation by an optometrist trained in vision development, and it was there we discovered she had serious vision problems.

20/20 vision wasn’t enough! Vision Therapy was a miracle was the miracle our family was waiting for. She’s now a straight A student and loves school!

Synara Brown:  At one time in history, all of the greatest scholars in the world “knew” the world was flat. That obviously proved to be wrong.

It does not matter what your research, or lack thereof, shows. Ask any parent who has sent their child to Vision Therapy and they will tell you – it works. Our son struggled for years academically, because of his inability to read fluently. We tried everything, and had every test done. The results were all the same: “Your son is incredibly smart and there is nothing wrong with him.” Based on another parent’s recommendation, we tried Vision Therapy. He now reads above grade level and is successful in school. Vision Therapy was the only thing we changed.

This is the most misguided article I have read in some time. Somewhere out there is a struggling child whose parents are looking for a solution. Your ridiculous article will make them questions whether they should give Vision Therapy a try. That poor child won’t get the help he needs. What a disappointment.

Dr. Leonard J. Press:  I beg to differ with the entire premise of your article, as presented here: http://visionhelp.wordpress.com/2013/09/19/an-antidote-to-the-poison/

I also applaud the many parents, some of whom comment here, who have the courage to go beyond the limited view of the “experts” who dismiss vision therapy in your article.

Jenny Johnston:  “If you would look at my blog I have documented my daughter’s ENTIRE 130+ hours of Vision Therapy. After homeschooling her for 2 years and she was STILL not able to read a simple sentence we started Vision Therapy. Her life has taken 180 degree turn. She can read at least 2 levels above where she was 6 months ago PLUS, she says “MY WORLD IS CLEAR NOW” Before you call a VERY HELPFUL THERAPY a “Scam” maybe you should research the other side of the story. How sad to bring negative press to something that has changed THOUSANDS of adult and children’s lives.