Seven Types of Functional Vision Problems and Their Symptoms 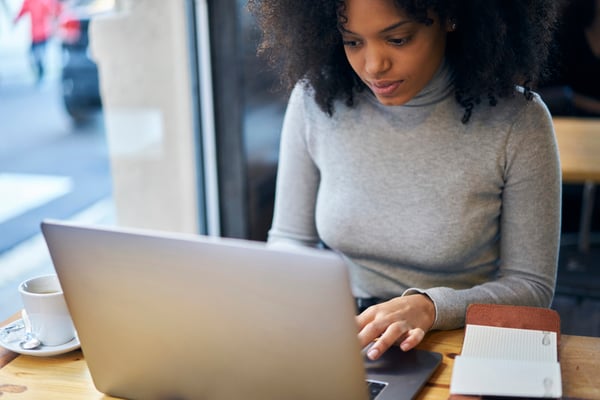 We’ve posted many times about functional vision problems, but it occurred to us that we haven’t put together a definitive post of the main problems and their symptoms.  Let’s take an in-depth look, and also explain why they’re not detected by typical vision screenings.

Functional vision is your ability to see an object in space.  When people think about vision, they picture the Snellen eye chart with rows of letters that decrease in size.

The eye chart involves seeing letters on a wall, not in space. “An object in space” might be a ball, or a child crossing the road – anything with depth and dimensionality.  Functional vision isn’t just about seeing the object, either.  It deals with how your entire visual system works with your body and your brain to react and interact with the object.

For example, let’s say you are walking down a hallway, and you see your best friend.  Unfortunately, some prankster has stuck a “Kick Me” sign onto your friend’s back.  Your functional visual system will help you deal with the situation in multiple ways:

Get the idea?  It’s more than just seeing the sign.  Functional vision integrates how you’ll use your vision to interact with the world.

Typically, when we discuss functional vision, we list the skills associated with it.  But when it comes to medical issues, people tend to think in terms of problems, not skills.  Thus our listing of functional vision problems is more or less the functional vision skills itself, with the word “poor” stuck in front of it.

This list is not all-inclusive, but it will give you a general idea:

1. Poor convergence.  When looking at an object, the eyes should aim at the same point in space.  If the eyes can’t focus on the same spot, then double or overlapping vision may occur.  This can occur with people who have binocular vision problems like convergence insufficiency or excess, and in some types strabismus, in which both eyes aren’t working together.

2. Poor laterality and directionality.  Laterality is the ability to distinguish directions, such as right or left.  People with poor laterality may also have trouble with shapes when they are in different orientations (directionality).  For example, a child might confuse a “b” and a “d” or a “p” and a “q.”

3. Poor form discrimination.  The inability to pick up on small differences between similar-looking objects.

Typical symptoms: Referring to similar-looking words incorrectly, such as substituting ‘want’ for ‘what.’

4. Poor span of recognition.  This is best explained by considering how readers can process entire chunks of reading.  Someone struggling with a poor span of recognition may have to focus on a single word or even letter at a time.  It’s been described as trying to read a sentence or paragraph while reading through a straw.

Typical symptoms: Slow reader, has problems comprehending meaning because so much time is spent on the act of reading.

5. Poor visualization.  Visualization is the ability to create mental images, and is a key skill in spelling, composition, reading comprehension and math.  A person with poor visualization may have problems with the concept of numbers, or “seeing” a word spelled correctly in their mind.

6. Poor tracking. Focusing on a moving target is called “pursuits,” and the ability to switch between two targets is called “saccades.”  Both are examples of how your visual system “tracks” an object.  Examples are reading a book and attempting to follow a line of text, or seeing a ball flying through space.

7. Poor Orientation. Difficulty knowing where you are in relation to other objects and people in space.

To determine if your child has a functional vision problem, please take the Vision Quiz!