Now I Can Answer “Can You Fix a Lazy Eye?” 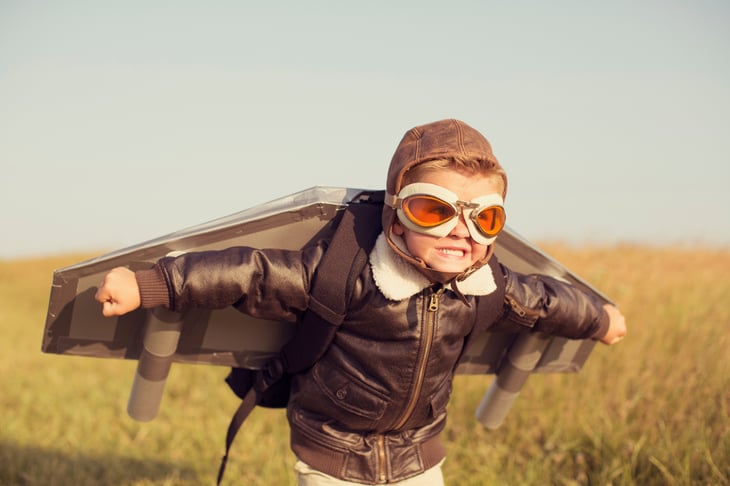 When my friend mentioned to me that her son’s horrible eyesight was preventing him from pursuing a career as a pilot, my ears perked up. “Can you fix a lazy eye?”  she asked.  Two years ago, I might not have been able to give her an answer.

I’ve been helping Dr. Kellye Knueppel and The Vision Therapy Center with their outreach for over two years, including providing information on amblyopia.  I’m amazed at how much I’ve learned over the past two years, or more accurately, how much I didn’t know.

I had no idea what amblyopia (lazy eye) was, or how debilitating it can be for people.  But after writing numerous posts on it, as well as our guide “Lazy Eye: Understanding and Treating Amblyopia,” I’ve come to know the symptoms and the treatments for lazy eye.

This is why I felt like I was in the right place at the right time when my friend started telling me about her son. I was also disgusted.

Stop me if you’re heard this one before:  My friend’s son had visited a number of pediatric ophthalmologists (not all of them are like this), and was told there was no hope for treating her son’s lazy eye.

Her son was outside the critical period, the doctor said.  He couldn’t be helped.

My friend also told me about how years of patching had resulted in no vision improvement.

Naturally, I pounced.  I told her how the root cause of amblyopia was the fact that the two eyes are not working together, which can result in double vision.  The brain then suppresses one of the images.

Patching is only a temporary fix, and unless the eyes work together as one, the lazy eye will return.  I told her adults can recover from amblyopia, that the “critical period” is a misinterpretation of a study.

I watched her face light up as the conversation continued.  I saw hope in her eyes.  Quickly, I reminded her that these were all the things I knew about amblyopia, but that her son’s case might be different.  He would need a Functional Vision Test to accurately gauge what issues might be affecting him.

But at least there was an option now, one that, for some unknown reason, is not mentioned by some doctors.  I felt frustrated that her son was denied the opportunity to even see if vision therapy is an option.

I was happy, however, that I’ve learned so much from Dr. Knueppel, and that this little bit of knowledge will hopefully touch my friend’s son, and help him lead the life he has been denied.

I sent my friend the link to The Vision Therapy Center’s site, and I hope she’ll schedule him for a Functional Vision Test soon.

In the meantime, I’ll keep my ears open, and my mouth open too.  We’re all ambassadors when it comes to vision therapy.  The only way we can help people overcome misinformation and ignorance is to share our stories.